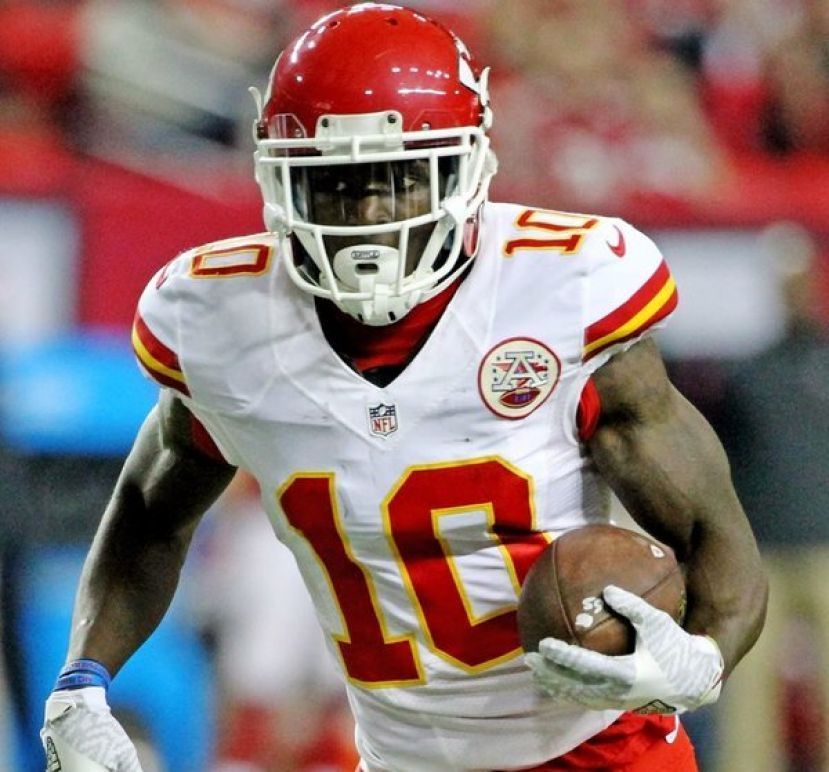 Kansas City Chiefs wide receiver Tyreek Hill will not be charged in an incident that occurred at his home in March. Police were called to Hill’s home twice – once on March 5 and again on March 14. Both incidents allegedly involved a child; the March 14 incident was in reference to allegations of battery involving a child.

This week, the Johnson County (Kansas) District Attorney’s Office announced that it won’t file any charges against Hill or his fiancée, Crystal Espinal. According to a report posted on ESPN.com, District Attorney Stephen Howe stated that he believes a crime did occur but “evidence in this case does not conclusively establish who committed the crime.”

Sources close to Hill have maintained that he did nothing wrong and the incident did not happen as it was reported to police.

Hill caught 87 passes for 1,479 yards and 12 touchdowns last season. He is in the final year of his rookie contract and has been participating in voluntary offseason workouts with the Chiefs.

More in this category: « Cops investigate Tyreek Hill for battery, no charges filed Never mind -- Tyreek Hill is in a lot of trouble after all »
Login to post comments