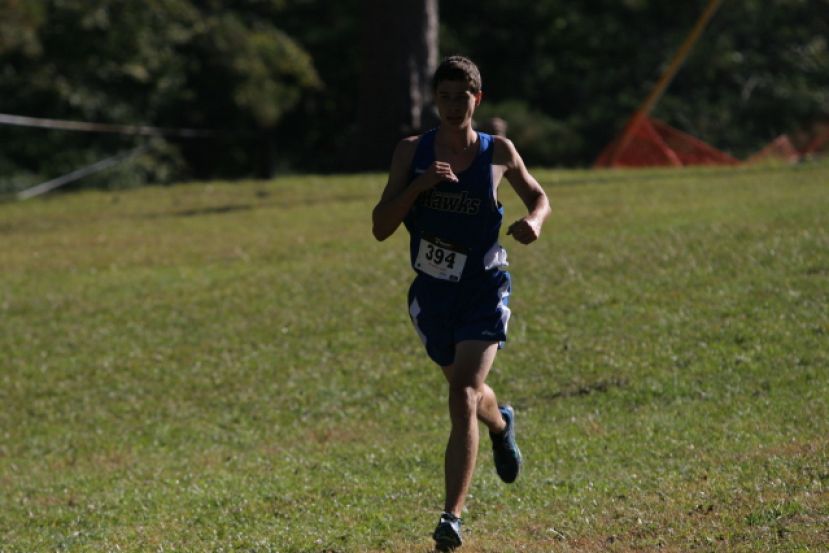 Robert Bledsoe (sophomore, Irwin County) came within 12 seconds of breaking the South Georgia State College school record Saturday at the Georgia Collegiate Athletic Association’s cross country conference finals in Macon. Bledsoe ran the second-fastest time in school history, 27:16, en route to a fifth place overall finish and a spot on the All-Conference First Team. The SGSC men took second in the conference, had three All Conference runners, and saw four runners break 30:00 at the 8K race. The women finished fourth and one runner, Madison Smith of Ashburn, made All Conference.

The Macon course, which sits on the Georgia Industrial Children’s Home campus, is a popular spot for cross country races and is a challenging but fair course. Saturday’s meet brings an end to a long regular season that began in mid-August in sweltering heat. The conference finals were took place in absolutely perfect weather – under 60 degrees, a slight chill in the air, cool enough to make the runners uncomfortable at the start but just right during the race – on a beautiful Middle Georgia morning.

Earlier in the year, Bledsoe had posted a 28:05 – another top-10 fastest time – and finished second overall on the same course in warmer conditions. He, along with the rest of the SGSC men, were ready for Saturday’s race.

The women ran immediately after the men finished their race. Leading the way for the SGSC women was Smith, whose 22:52 brought her home in 10th place. Sarah Hulett, a sophomore from Macon, was right behind Smith with a 22:58. Rebecca Washney (26:12), Maysi Campbell (29:42), and Sarah Thorne (sophomore, Northside-Columbus, 31:47) rounded out the women’s finishers.