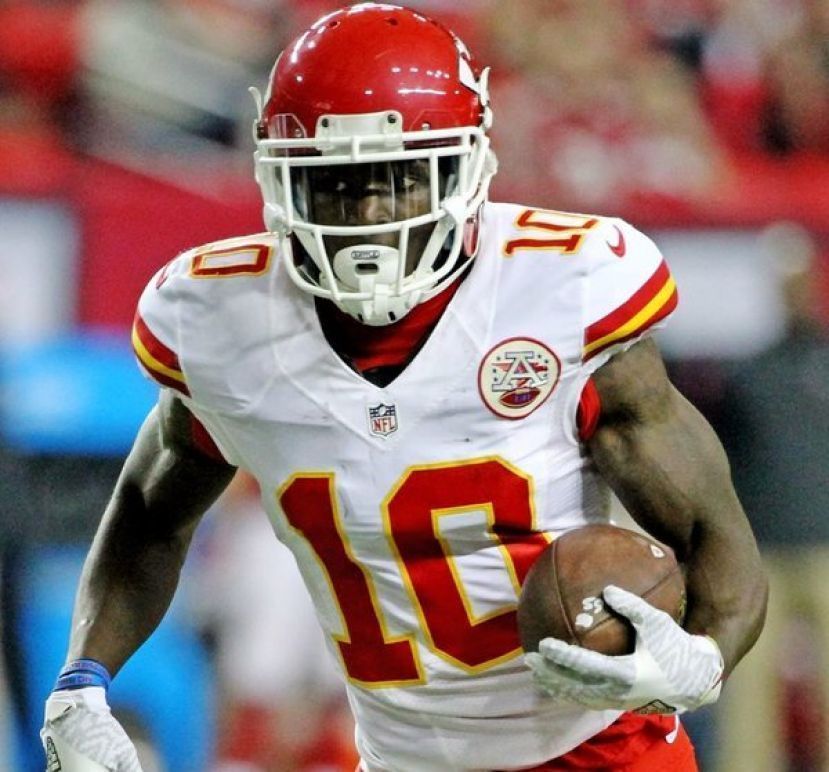 After a turbulent offseason, the Kansas City Chiefs let wide receiver Tyreek Hill – and the rest of the world – know just how much they value the NFL’s fastest player. Friday, Hill signed a three-year contract extension for $54 million, $35 million of which is guaranteed, according to a report from ESPN.com.

In three years with the Chiefs, Hill has caught 223 passes for 3,255 yards and 25 touchdowns. He’s also scored four rushing touchdowns and five more on punt and kick returns (four punt, one kick), according to pro-football-reference.com.

According to ESPN.com, the deal makes Hill one of the highest-paid wide receivers in the NFL.

More in this category: « Wyatt Miller cut by New York Jets, picked up by Cincinnati Bengals Tyreek Hill suffers injury in season opener, will be out several weeks »
Login to post comments