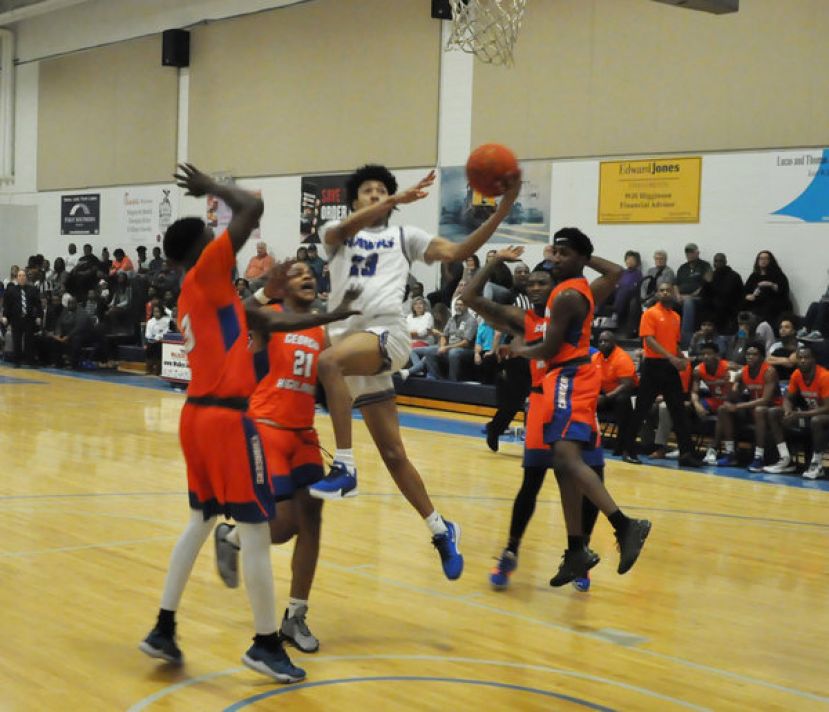 In one of the most evenly matched games so far this season, the Georgia Highlands Chargers pulled away late in the second half to defeat South Georgia State, 73-66.

Final team statistics are identical in two of three categories. The Hawks (16-3, 3-2) and Chargers both shot 45 percent from the field and 83 percent from the free throw line. The difference was from behind the arc, where Georgia Highlands shot 35 percent. The Hawks made only two three-pointers.

The game was also a back-and-forth affair, featuring a total of 11 ties and 15 lead changes.

Will Ferguson led the Hawks with 18 points and eight rebounds. Bryce Brown had 15 points and four rebounds. Marquise Jackson finished with 12 points and two rebounds.

The loss follows a 1-1 road trip for the Hawks. SGSC fell to Central Georgia Tech in Macon 70-53 and won an overtime thriller at Andrew College 81-78.