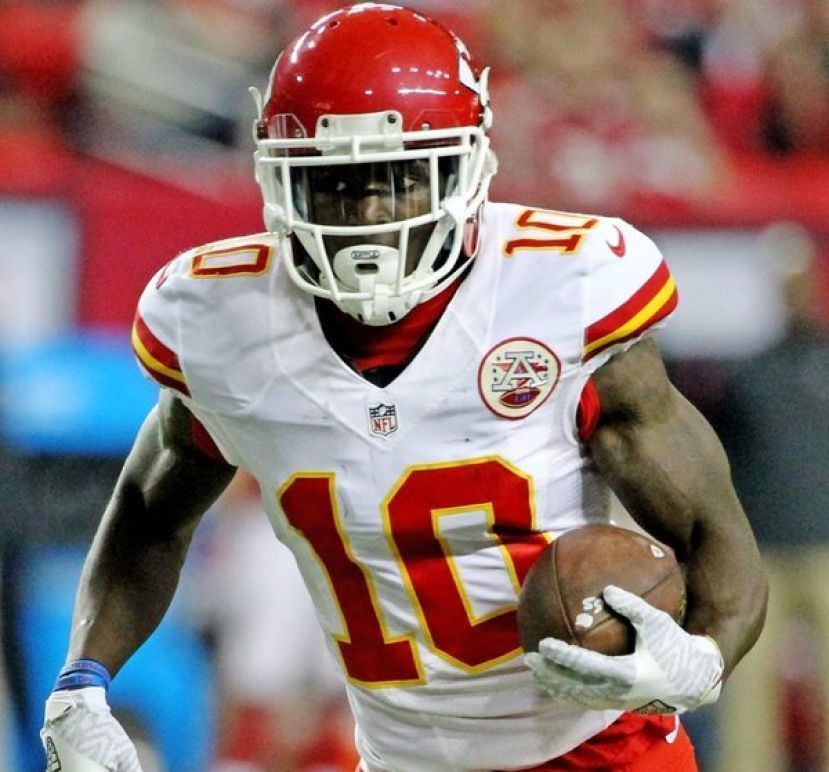 Tyreek Hill scored two touchdowns and set up a third score in the Kansas City Chiefs’ 35-24 win over the Tennessee Titans in the AFC Championship game Sunday afternoon. The win sends the Chiefs to Super Bowl LIV on Sunday, Feb. 2, 2020, in Miami. The Chiefs will face the winner of the NFC Championship game, which is in progress as this story is being posted. The San Francisco 49ers are leading the Green Bay Packers 27-0 at halftime.

The Chiefs fell behind the Titans 10-0 then quarterback Patrick Mahomes connected with Hill on an eight-yard touchdown pass with 46 seconds left in the first quarter. The ensuing extra point narrowed the gap to 10-7 Tennessee. The Titans scored again to go up 17-7. On the Chiefs’ next possession, Mahomes found Hill again for a 20-yard score to bring Kansas City within three. After a Titans punt, Mahomes drove the Chiefs downfield and scored on a 27-yard run to give Kansas City a 21-17 lead at halftime.

Hill wouldn’t score again the remainder of the game. However, late in the third quarter, Hill caught a 15-yard pass from Mahomes that put the Chiefs at Tennessee’s three-yard line. After an incomplete pass, Damien Williams scored on a three-yard run. Mahomes used Hill as a decoy on the play which froze the Titans’ linebackers, enabling Williams to score. From there, the Chiefs never looked back, eventually winning 35-24.

Hill finished the game as the Chiefs’ second-leading receiver with five catches for 67 yards and two touchdowns. He also had one carry for seven yards and one kick return for 19 yards.

Raised in Pearson, Hill played high school football for the Coffee Trojans. He will be the first former Trojan to play in a Super Bowl.

More in this category: « SGSC falls to Georgia Highlands 73-66 No matter who wins, a former Trojan will earn a Super Bowl ring in Miami »
Login to post comments