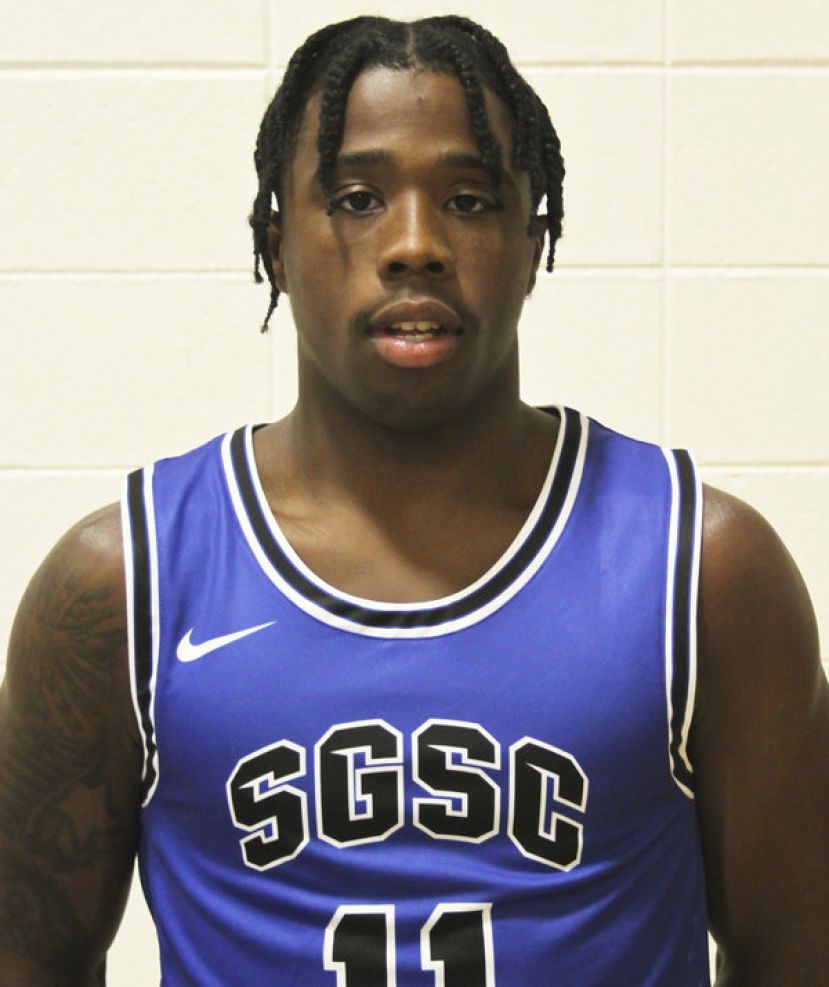 This past week was one filled with multiple accomplishments for men’s basketball at South Georgia State College. The Hawks (22-3, 9-2) won their sixth consecutive conference game, moved into sole possession of second place in the GCAA standings, and received their fourth Player of the Week honor this season.

SGSC avenged one of its two conference losses Saturday afternoon by defeating the Central Georgia Tech Titans 67-55. Marquise Jackson led the Hawks with 18 points, 12 rebounds, two assists and three steals. Collins Joseph was the only other player to score in double figures, finishing with 13 points, three rebounds, and two blocked shots.

Played in front of a very large and vocal home crowd in Waycross, the Hawks and Titans battled to a 14-14 tie midway through the first half. SGSC put together a 20-7 scoring run over the next 10 minutes to build a 34-21 lead at halftime.

The Titans opened the second half with a 14-5 scoring run to close SGSC’s lead to 39-35. That would be as close as the Titans would get, as the Hawks answered with a 15-5 run of their own to extend their lead to 54-40. Saturday’s win places SGSC in second place in the GCAA standings with five regular season games remaining.

In addition to being Saturday’s leading scorer, Jackson was also named the GCAA’s Player of the Week. A 6’0” sophomore from Macon, Ga., Jackson averaged 15 points, eight rebounds, 3.5 assists and 4.5 steals in wins over East Georgia State and Central Georgia Tech. Jackson is eighth in the GCAA in assists (73) and second in steals (70). He is the fourth Hawks player to receive the honor this season.

“Marquise’s selection this week shows the versatility and depth of our team this year. This is a great honor for our program,” said head coach Cory Baldwin.

The Hawks will host Andrew College for another conference matchup this Wednesday night at 7 p.m. in Waycross. General admission to all regular season home games is five dollars with children five and under admitted free.