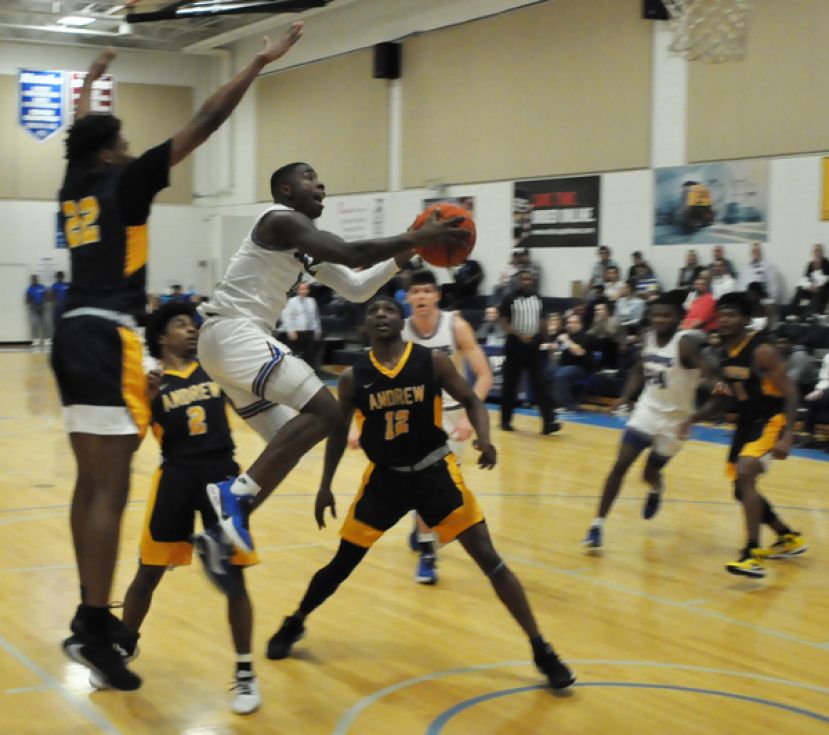 Marquise Jackson drove to the basket with time running out hoping to send Wednesday night’s game against the Andrew College Tigers into overtime. The layup missed, the Tigers grabbed the rebound, and Andrew escaped with a 66-64 win over the South Georgia State College Hawks.

The game featured six ties and six lead changes with the Hawks (22-4, 9-3) grabbing their first lead very late in the first half. Jalen King broke a 29-29 tie by making two free throws with 9.6 seconds remaining to give SGSC a 31-29 lead. The Tigers wasted no time driving the length of the court, scoring a basket as the first half ended, tying the game 31-31.

After trailing by as many as seven points in the second half, the Hawks pulled to within two points (60-58) at the 3:39 mark and again (66-64) with 7.0 seconds remaining. The Hawks got their final chance to tie the game on a defensive play by Jackson. He forced a jump ball on an inbound play with 5.6 seconds left in regulation, giving SGSC possession.