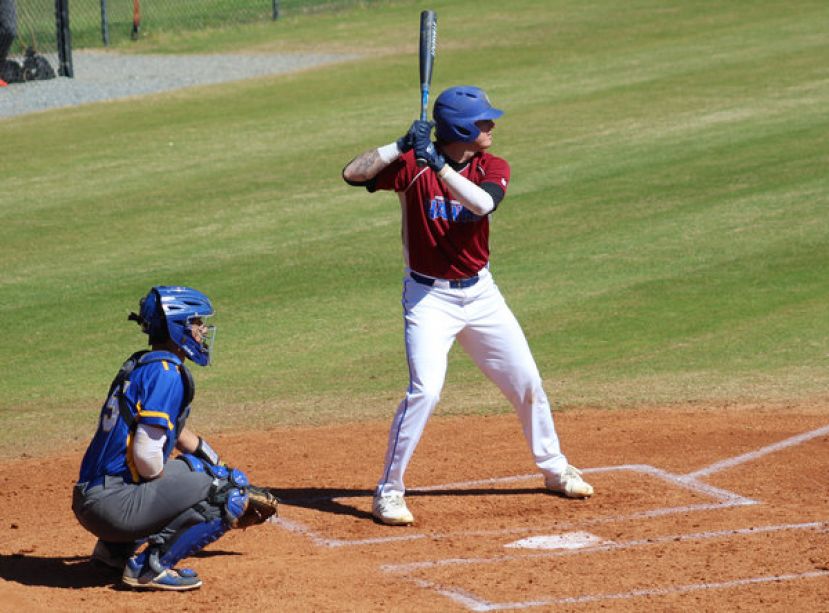 The South Georgia State College (SGSC) Hawks swept Florida State College of Jacksonville Blue Wave in a doubleheader Saturday afternoon at George Cooke Stadium in Douglas. The wins were SGSC’s eighth and ninth in a row.

South Georgia opened up scoring in the second inning. JT Rice singled on a line drive to center on his first pitch. Rice advanced to second on a sacrifice fly by Anthony Calabro. The first run for the Hawks came on a single by Walker Sinclair that drove in Rice.

In the bottom of the third, Kody Krause got on base when hit by a pitch. JR Lonon came to bat and doubled to move Krause over home plate for the second run of the game.

SGSC tallied five hits in the game. Sinclair and Rice each had two hits to lead the Hawks. Lonon added one hit with his line-drive double to right field in the third.

Andrew Curtin got the win for the Hawks. He surrendered one run on three hits over six innings, striking out six. Buck Bennett threw one inning in relief out of the bullpen. Bennett recorded the last three outs to earn the save for South Georgia.

In game two, SGSC defeated FSCJ 5-3 after taking the lead late in the game. The game was tied at three with SGSC Hawks batting in the bottom of the fifth when Rice singled on a 2-2 count, scoring one run.

SGSC Hawks saw the ball well, racking up seven hits in the game. Krause and Lonon each collected two hits with one being when Krause tripled on a line drive to right field. Rice, Carlos Hernandez and Tony Player contributed one hit each.

Matt Thompson notched the win for the Hawks. He surrendered three runs on two hits over six and a third innings, striking out five. Chantz Cruz threw two-thirds of an inning in relief. Cruz recorded the last two outs to earn the save for the Hawks.

The victories Saturday moved the Hawks to 9-1 on the season at the top of the Georgia Collegiate Athletic Association (GCAA) standings.