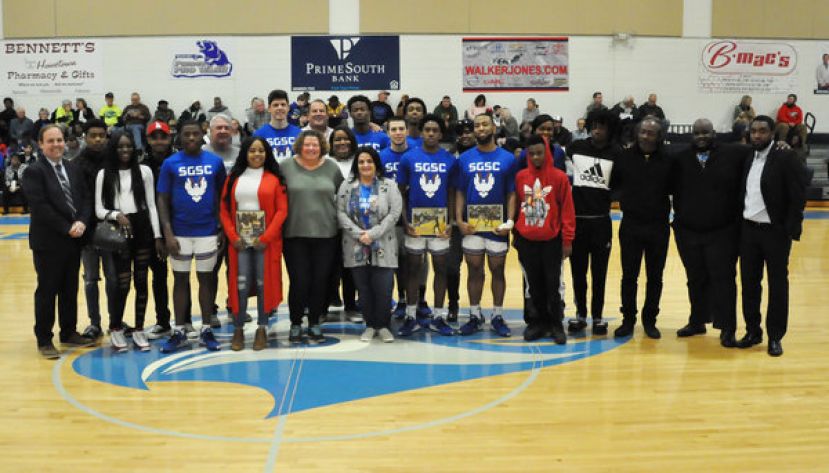 The South Georgia Tech Jets grabbed a quick, early lead against South Georgia State College Saturday afternoon during Sophomore Day in Waycross and didn’t surrender the lead for the remainder of the game. The Jets defeated the Hawks 60-54.

The Hawks will finish the regular season on the road with games at Southern Crescent Tech and Albany Tech. SGSC will learn its seeding for the GCAA Conference Tournament after the regular season has been completed. The top four seeds will host quarterfinal games Tuesday, March 3. The semifinal round and the championship game will be played at the highest remaining seed Friday and Saturday, March 6-7.