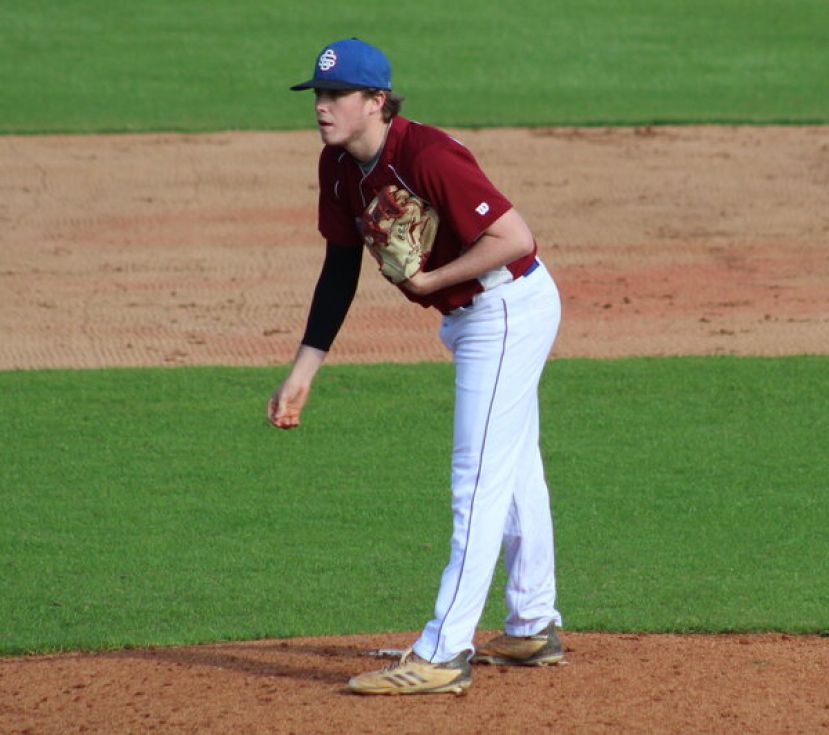 Submitted photo Wes Lott of Douglas, Ga., took the mound for the Hawks in game one of the doubleheader.

South Georgia State College Hawks played their home season opener against Thomas University JV on Thursday, February 11, 2021, on the Douglas Campus. The Hawks came out on top of both games with scores of 7-2 in game one and 13-9 in game two.

In the first inning, Thomas University JV got the jump on the scoring with a single on a 1-2 count, scoring one run and adding one run on a double in the next play.

The Hawks scored on a run in the bottom of the third to get on the board. They pulled away for good with runs in the fourth, fifth and sixth innings.

The Hawks racked up eight hits in the game. Kody Krause and Carlos Hernandez each collected two hits for South Georgia State. Cole Smith, Anthony Calabro, Sebastian Rothman and Clayton Smith contributed one hit apiece to lead the Hawks to a victory. Krause was a big hitter with a triple. Cole Smith, Calabro and Hernandez put the ball in play with doubles.

South Georgia State College didn't commit a single error in the field. Mason Spivey had the most chances in the field with nine.

Grant Adams started the game for the Hawks. He surrendered two runs on four hits over three innings, striking out two and walking one. Wes Lott took the mound in the fourth inning and pitched South Georgia State to victory. Lott allowed zero hits and zero runs over three innings, striking out one and walking one. Blake Stowe threw one inning in relief out of the bullpen. The game ended with the Hawks winning by a score of 7-2.

In game two, the Hawks stole the lead late in the game in a 13-9 victory. The game was tied at eight with the Hawks batting in the bottom of the sixth and Adam Echols hitting a single on a 1-2 count, scoring one run.

The basepaths were crowded in this high-scoring game. The Hawks collected ten hits and Thomas University JV had seven. Mason Spivey, Eric McCall, and Echols each had two hits to lead South Georgia State in hitting. Cole Gregory, Tony Player, Logan Roberts and Anthony Calabro contributed one hit. Calabro and Spivey earned triples and McCall had a double.

Austyn Wright led things off on the pitcher's mound for SGSC. He went two and a third innings, allowing three runs on three hits and striking out two. Mikah Gustavson, Dakota Davis, Mason Ashby, Caden Sconyers and Alex Muns each took a turn on the mound during the game.

For more information on the Hawks, including the roster and schedule, visit the Athletics page at www.sgsc.edu or follow SGSC’s official Facebook page at facebook.com/SouthGeorgiaStateCollege or on Twitter at @southGAstate.