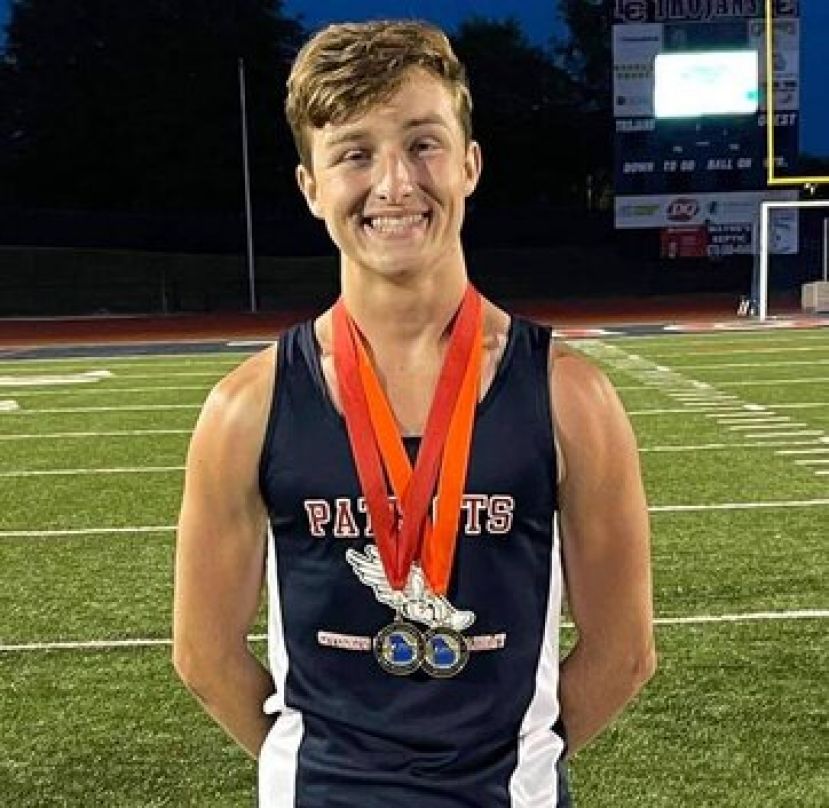 Photo courtesy of Facebook Senior Stetson Swails PR'd in the 1600m run with a time of 5:20.81 at the state meet.

Despite a small, young team of four consisting of Jane Ashley Rowell, Morgan Hodges, Maddi Knight, and Kaitlyn Tanner, the girls took state runner-up for Division I with a total of 108 points. They came in just 2 points short of the championship to the nine member team of Central Fellowship Christian Academy.

Morgan Hodges, a sophomore led the way in the discus and shot put for CCA earning 1st and 3rd place, respectively. Her 1st place discus throw of 76’ 10” and 3rd place shot put throw of 26’ 5.5” were both PRs for Morgan.

After such an impressive meet, head coach Katie Roberts shared, “I couldn’t be prouder of these girls and all their hard work and dedication this season. To perform so well at state and set so many PRs without the facilities to practice their events regularly shows how determined these girls were to win. We made some adjustments towards the end of the season and some of the girls tried new events to maximize our points at state and it really paid off well for the team.”

On the boys’ side, senior Stetson Swails and sophomore Jake Spivey led the way, earning 11 individual points each.

Sophomore Cody Davis set a PR in the triple jump with a leap of 38’ 1” and earning 3rd place. He also picked up an 8th place finish in the long jump.

Also competing in field events were Sophomores Brayden Bradshaw and Logan Fountain. Bradshaw picked up a 7th place finish in the discus and Fountain finished 9th in the shot put.

Coach Roberts commented, “These guys worked really hard this season! Several athletes tried new events throughout the season and placed in state in those and I’m really looking forward to seeing them improve on these events going forward. For our only senior, Stetson, I was really happy to see him end his HS career with Personal Records on both of his events.”