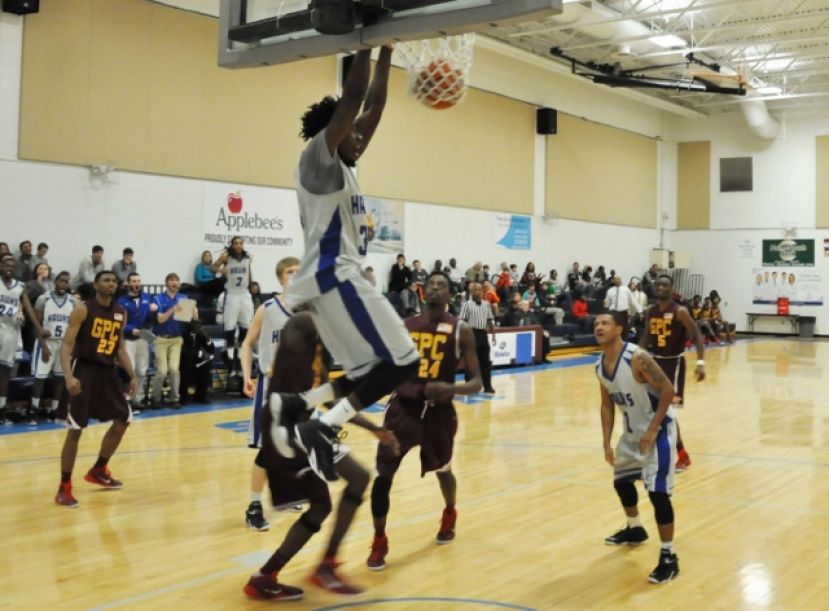 Submitted photo Demontrez Austin electrified the home crowd Saturday afternoon with his second dunk in the second half against Georgia Perimeter.

Following a first half that included two ties and six lead changes, the No. 24 South Georgia State College Hawks pulled away from the Georgia Perimeter Jaguars Saturday afternoon to win, 71-52.

“The first half was high scoring,” said head coach Cory Baldwin.  “We did a good job defensively in the second half by holding them to only 20 points.  A lot of that can be attributed to rebounding.”

The Hawks will try to keep their winning streak alive Wednesday night when they host East Georgia State College at 7 p.m.  General admission to all regular season home games is five dollars with children five and under admitted free.