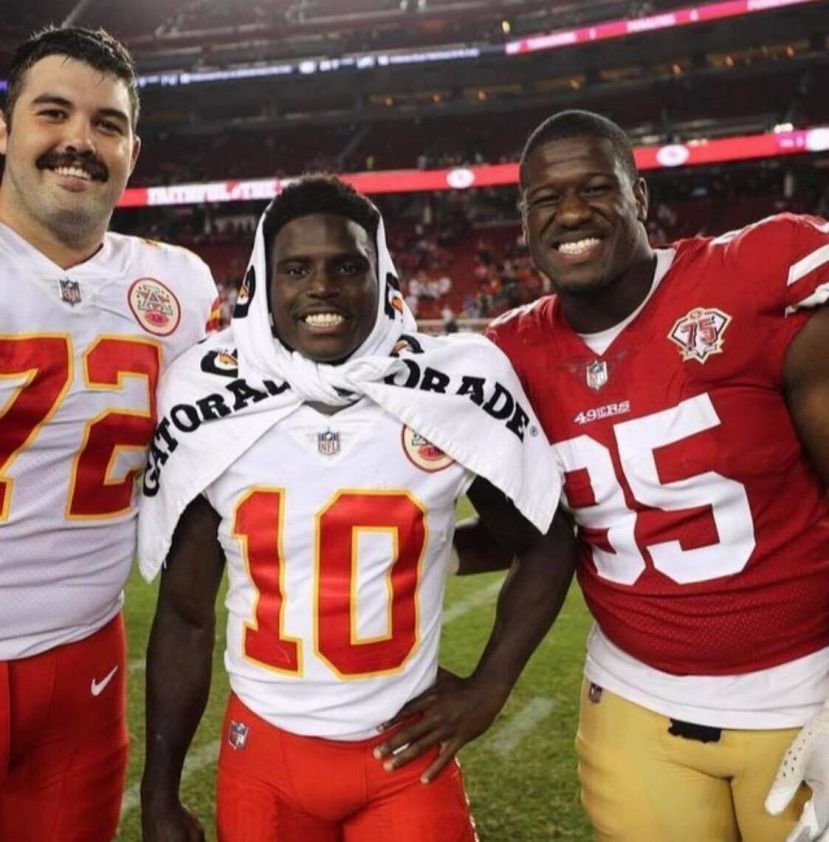 And then there was one.

The Kansas Chiefs had two former Coffee Trojans on their roster this summer – All Pro wide receiver Tyreek Hill and offensive lineman Wyatt Miller. Yesterday, however, the Chiefs waived Miller, leaving Hill as the lone Trojan on the team, according to Pro Football Talk.

It’s roster-trimming season in the NFL right now. As the pre-season comes to a close, teams are making moves to get their rosters down to 53 players. Miller was one of 10 players the Chiefs released this week. The most notable of those was running back Derrick Gore, who Pro Football Talk says rushed 18 times and caught six passes for 82 yards during the pre-season. Other players cut include wide receiver Maurice French, safety Devon Key, defensive lineman Austin Edwards, linebacker Omari Cobb, defensive end Demone Harris, wide receiver Darrius Shepherd, wide receiver Dalton Schoen, and safety Zayne Anderson.

Miller was on his fifth team since he graduated from the University of Central Florida two years ago. His other stops include the New York Jets, Cincinnati Bengals, Seattle Seahawks, and Dallas Cowboys.

More in this category: « Lady Trojans start 2021 with a win on the road Lady Trojans split games with 7A opponents »
Login to post comments