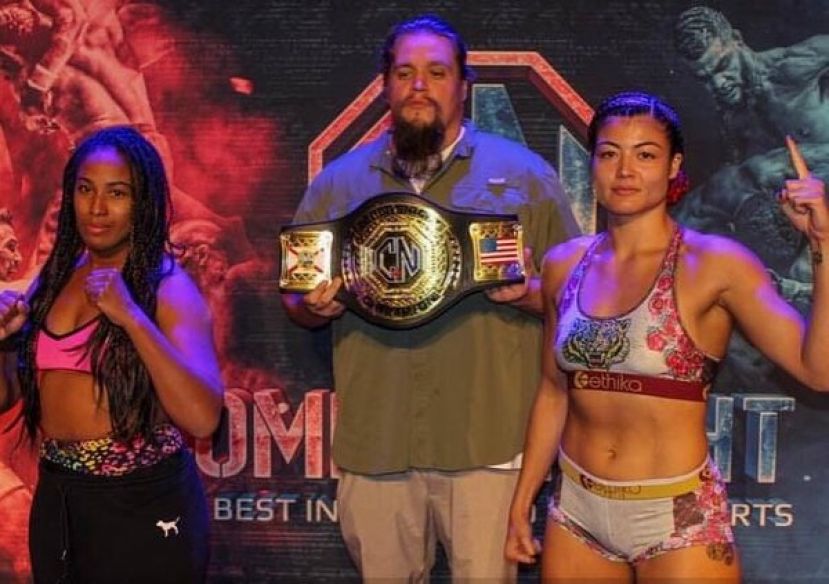 Submitted photo Eboni Weeks (left) and Kat Nelson (right) battled for the women's Flyweight title at Combat Night Saturday in Douglas. Nelson won the belt by knockout in the second round. Promoter Richard Cox is in the middle holding the belt.

For the first time in Martin Centre history, mixed martial arts fighters took to the cage inside the theater when Combat Night rolled into town. Featuring bouts for two vacant titles as well as four local fighters on the card, MMA fans were treated to an exciting card filled with talented fighters. The locals went 2-2 in their bouts.

Organizers plan to bring another event to the Martin Centre in early 2022.

Here are the results from Saturday night’s card:

Angel Mercado vs Will Banks (Mercado wins by unanimous decision)

Christian Tajiri vs Will Folger (Folger wins by split decision)