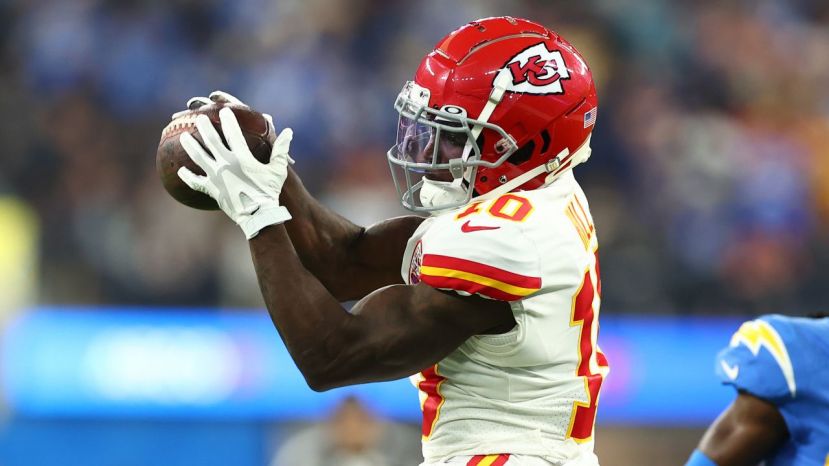 Kansas City Chiefs wide receiver Tyreek Hill cleared the NFL’s COVID protocols and played Sunday in the Chiefs’ 36-10 dismantling of the Pittsburgh Steelers the day after Christmas. However, Hill didn’t factor much in the game and ended up dropping a spot to #3 on the NFL’s 2021 leading receivers list.

Hill entered the game as the #2 receiver in the league behind the Los Angeles Rams’ Cooper Kupp. Despite playing on Sunday, Hill only caught two passes for 19 yards and no touchdowns. His stats for the 2021 season are 104 receptions for 1,197 yards and nine touchdowns. Davante Adams of the Green Bay Packers turned in a big day against Cleveland on Christmas, catching 10 passes for 114 yards and two scores to overtake Hill as the second-leading receiver in the NFL. Hill remains six receptions and 94 yards ahead of the Tampa Bay Buccaneers’ Chris Godwin, who sits in fourth place.

Despite falling in the league-wide standings, Hill remains the Chiefs’ leading receiver. Tight end Travis Kelce, who missed Sunday’s game due to COVID-19, is second with 83 catches for 1,066 yards and seven touchdowns.