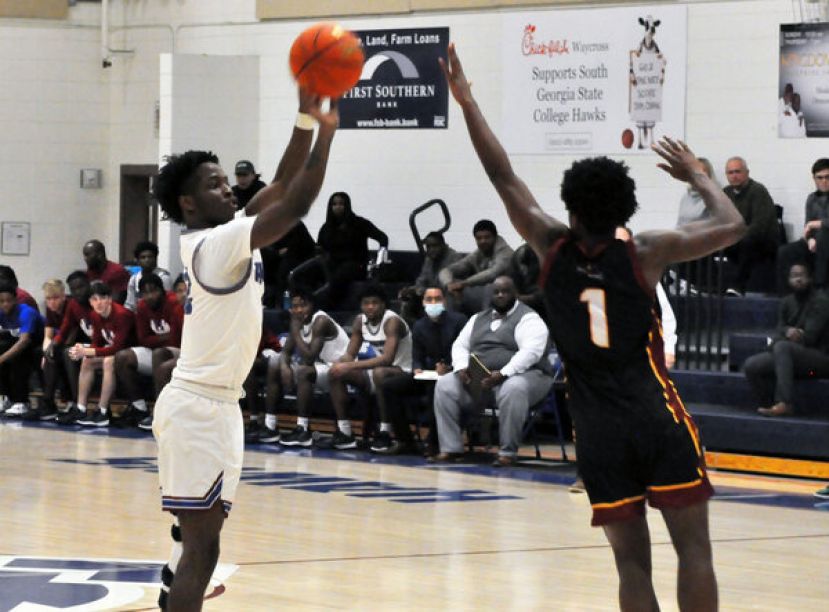 The South Georgia State College Hawks wrapped up their non-conference schedule Tuesday night with a 108-43 win over the North Florida Prep Myrmidons.

The Hawks (11-3) were led by AJ Spencer’s 20 points, seven rebounds, and three assists. Jayce Moore and Turahn Thompson each finished with 18 points, with Moore getting 10 steals during the game. Nick Jiles rounded out the top scorers with 14 points. Jiles returned to the court Tuesday night for the first time this season after battling injury.

The Hawks led 11-7 close to halfway through the first 20 minutes then outscored the Myrmidons 40-12 to take a 51-19 lead into halftime. SGSC’s defense held North Florida Prep to 26 percent shooting for the game and forced 46 turnovers, including 28 steals.

SGSC shot 55 percent from the field and missed only four free throws.

The Hawks will now begin defense of their GCAA Conference Tournament Championship when they open conference play this Thursday in Americus against South Georgia Tech. SGSC will return to Waycross Saturday, Jan. 8 at 4 p.m. against Gordon State.