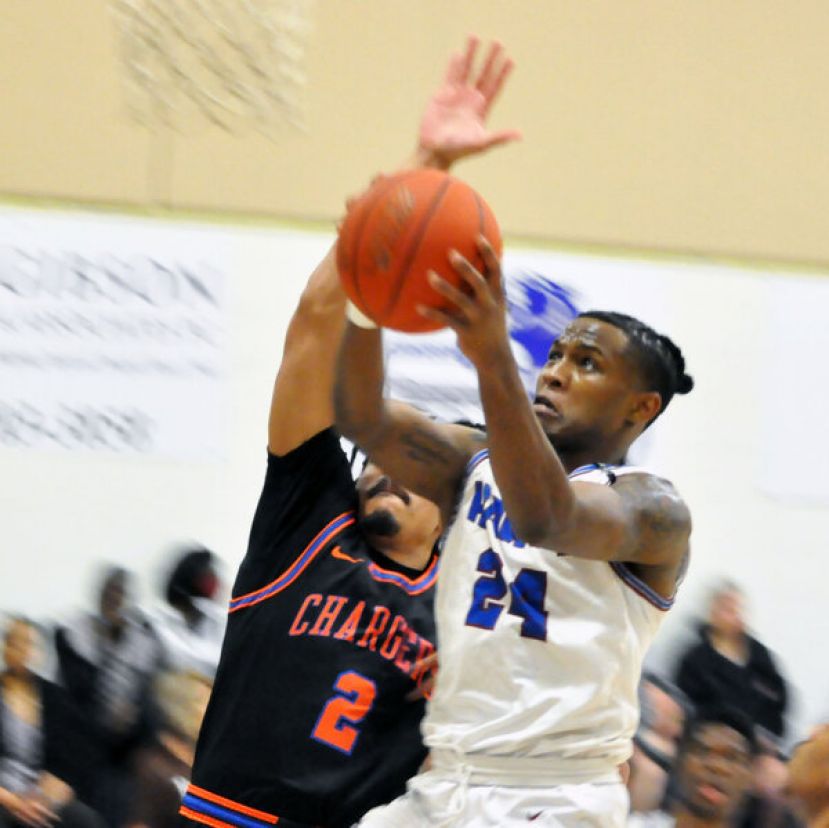 It was a battle of the GCAA’s top two teams that didn’t disappoint. Jarrel Rosser of Georgia Highlands hit the game winning shot with 3 seconds remaining in regulation to give the Chargers a 74-73 win Thursday night over South Georgia State College.

The final 52.2 seconds of regulation saw the Hawks (19-8, 8-5) erase a five-point deficit (72-67) on consecutive three-pointers from Zae Wiggins. Wiggins’s second shot from behind the arc brought a large home crowd to its feet and gave SGSC a 73-72 lead with 9.6 seconds left in the game.

After Rosser’s basket on the ensuing possession, the Hawks brought the ball down the court with 3 seconds left. Carlos Hart’s shot bounced off the rim at the buzzer, giving the Chargers the win.

AJ Spencer led the Hawks with 24 points and eight rebounds. Wiggins finished with 23 points, while Jayce Moore had a complete game of 12 points, nine rebounds, six assists, and five steals. Malik Crawford had a big game on the boards, grabbing a total of 13 rebounds.

The top four teams in the GCAA at the end of the regular season will host a GCAA Tournament play-in game Tuesday, March 1. The tournament semifinals and championship game will be played at the highest remaining seed March 4-5.