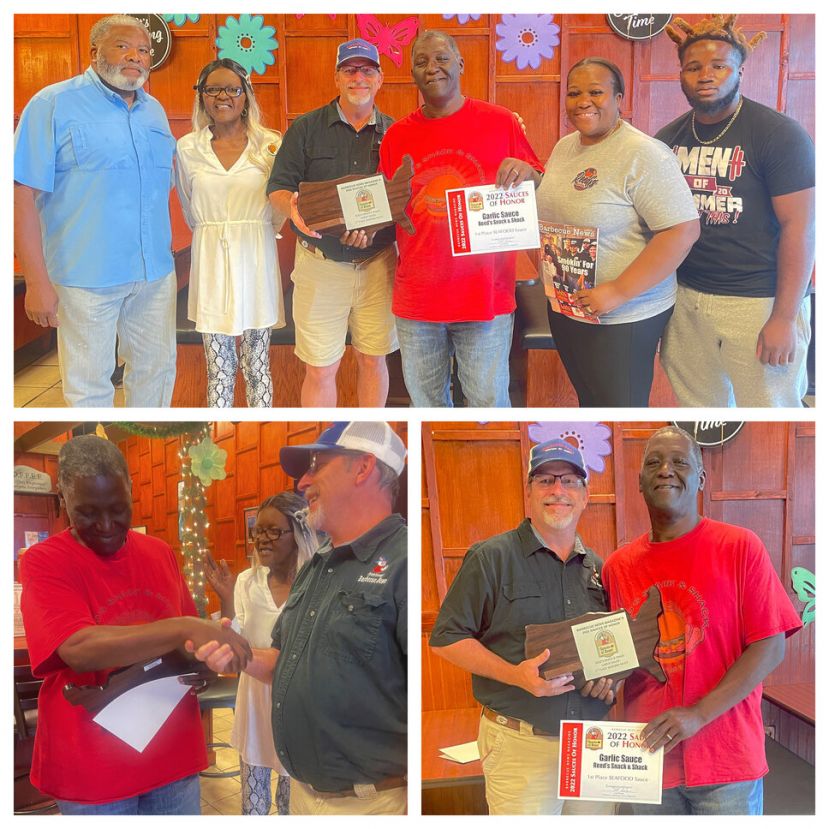 Reed's Snack & Shack recently took 1st place in Barbecue News Magazine's 2022 Sauces of Honor national contest for their homemade garlic sauce in the seafood category. Barbecue News Magazine holds the event annually and had 348 entries in 2022, including local sauce makers and some as far as the United Kingdom.

The winners are chosen from four categories, including the best sauces for chicken, pork, seafood and beef. In the seafood category, each sauce entered is sampled with shrimp.

Reed's garlic sauce was developed by David Reed, who owns the restaurant with his wife, Shantrease Brockington Reed. Each winner is given the option of a $750 prepaid advertising contract with National Barbecue News magazine or a credit in the same amount with The Shed Saucery, a sauce production company in Mississippi. Reed selected the credit with the saucery, which provides bottling, labeling, and packaging of the product, saying it was "something he had wanted to do for a long time."

This is the twelfth year the National Barbecue News Magazine has held the competition. Anyone can enter, "regardless if you are a commercially available product or just a backyard enthusiast with a great product." The magazine also hosts a similar event, the Rubs of Honor, where they award those with the best seasoning for beef, chicken, pork and seafood.

Reed's Snack & Shack is located at 802 South Peterson Avenue and is open from 12 p.m. until 6 p.m. Monday through Friday. The restaurant offers a variety of menu options, including burgers, wings, seafood, and more. Meals are available through dine-in service and call-in orders, which can be placed by calling (912) 501-1132.

More in this category: « An interview with Melody and Vaylor Trucks of Brother & Sister Wiregrass announces President's, Dean's lists »
Login to post comments