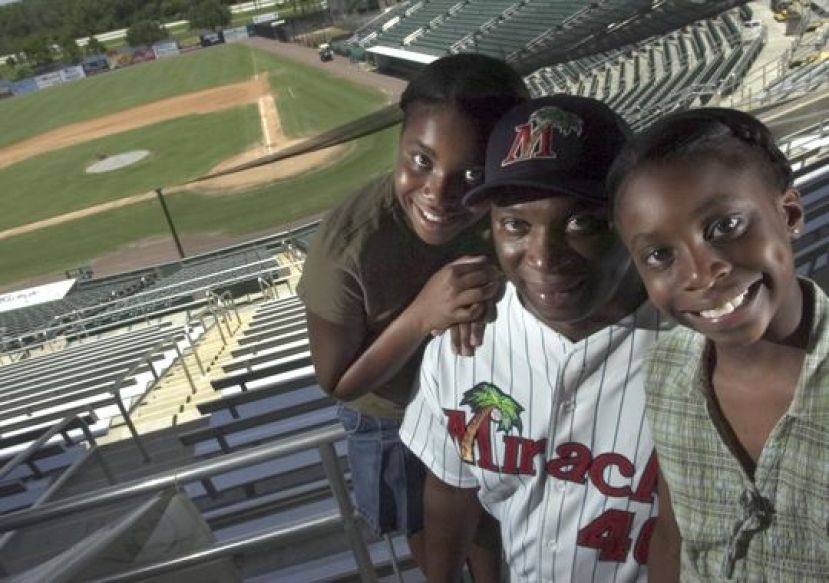 You could make a strong case that Riccardo Ingram is the greatest athlete Coffee County has ever generated. Certainly he is on the short list, in the top three or four at most. Last night, Ingram passed away at his home after a courageous battle with cancer. Below is an article written by David Dorsey of the Fort Myers News-Press (www.news-press.com). Mr. Dorsey granted permission for us to re-print his story in honor of one of Coffee County's finest. The story can be seen on the News-Press's Web site here: http://www.news-press.com/story/sports/mlb/springtraining/2015/03/30/twins-coach-riccardo-ingram-renews-cancer-battle/70691434/

Former Fort Myers Miracle manager Riccardo Ingram, who was given one year to live almost six years ago, remains home in Georgia, fighting the return of brain cancer.

Ingram, 48, has fought the cancer with the same fierceness he showed as a two-sport athlete at Georgia Tech before being drafted by the Detroit Tigers in the fourth round in 1987.

But this spring training, the mood has been a bit somber on the minor league side of CenturyLink Sports Complex, where Ingram's absence has been noticed by his friends, colleagues and players with the Minnesota Twins, for whom he has been a minor-league coach since the late 1990s.

"He has a great sense of humor, and he always tells the best stories," said Twins minor-league pitching coordinator Eric Rasmussen, who was the Miracle pitching coach in 2005, when Ingram managed a team that included future big leaguers Glen Perkins and Denard Span.

Span, an outfielder with the Washington Nationals, recalled being sent to minor-league camp by the Twins after they acquired Carlos Gomez in 2008.

"He sensed how disappointed I was," Span said of Ingram. "Every day, he made an effort to work with me and to make me laugh, and with regards to baseball, he really remade my swing.

"I can boldly say that without that man, I wouldn't have been able to make the next step. I learned a lot from him. I'm very saddened that this has come back. He was a big part of me making it to the big leagues."

Ingram's wife, Allison, and their daughters Kacey and Kristen are caring for him at home. Allison Ingram said he was too weak to talk. She urged fans to keep her husband in their thoughts and prayers.

Twins general manager Terry Ryan said Ingram has a job waiting for him in Fort Myers whenever he recovers. Ingram beat brain cancer once before, missing 12 months from July 2009 to 2010, before returning to coach in the Twins organization.