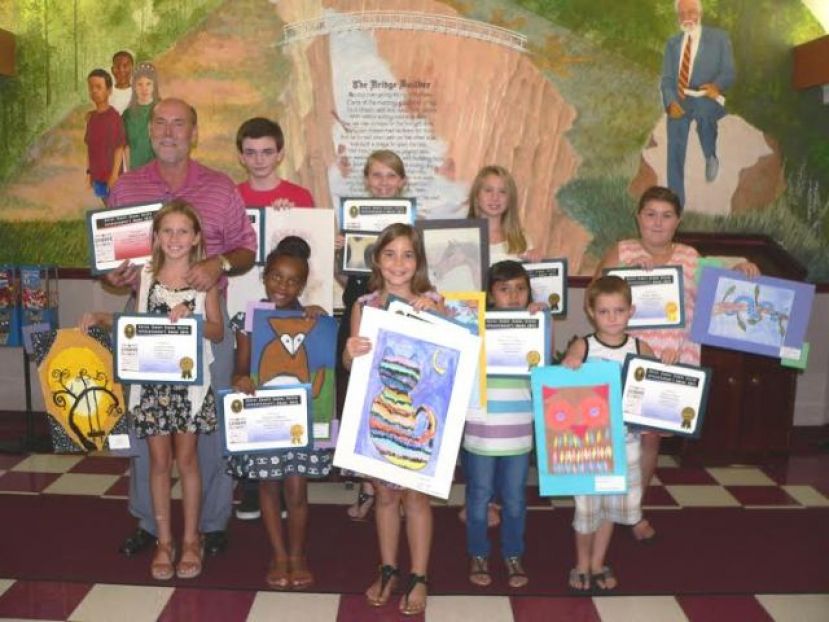 Submitted Photo Sonny Lyons stands with the students whose artwork will be displayed on the upcoming calendar.

Sonny Lyons, owner of Lyon Management Company of Douglas, has been producing the calendars for Coffee County School System and several other county systems in the region. He was honored at the presentation Thursday night and gave a statement about the program. Because of the attention athletics within the school system gets, Lyons wanted to do something to shed light on those students who were not necessarily athletic but talented in other ways. His granddaughter was featured on this year’s calendar and he stated that his family’s business will be running for many years.

A motion to end a contract with Service Solutions was approved, and the company will be given 60 days notice for termination. In the meantime, members of the board will be working on a plan to pay and provide custodial and other services in-house instead of going through a private company. Service Solutions has been providing services for the Coffee County School System for over three years and multiple problems with the company have arisen over the years.