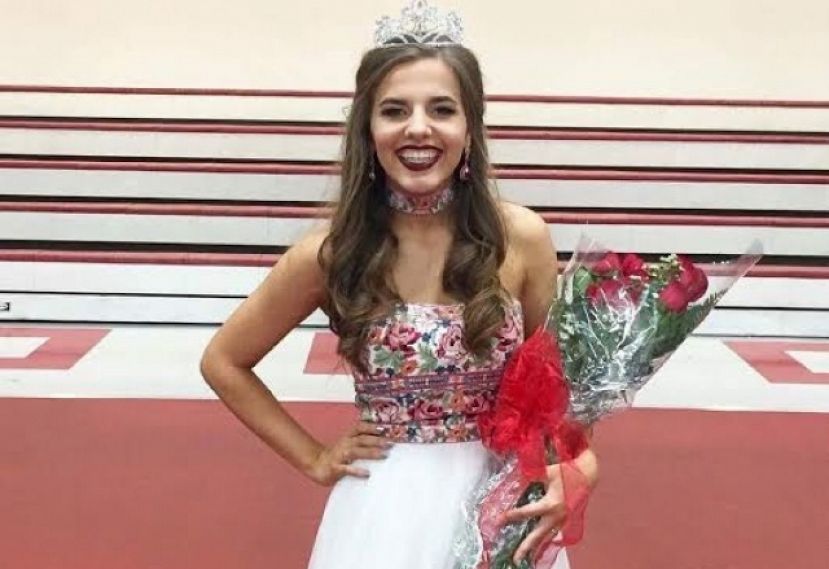 When Cady Ray was a little girl, she would play dress up with her sister’s Homecoming crown. She would crown her friends as queen and she would put it on herself. Now, in what Cady herself calls a very surreal moment, she has her own crown. On Friday, Dec. 9, Cady was crowned Homecoming queen at Citizens Christian Academy – 20 years to the day that her sister, Mandy Ray, received the same honor.

Cady, the daughter of Juran and Suzanne Ray, is a senior at CCA where she is involved in a number of activities. Among them are president of the LEO Club, varsity cheerleader co-captain, and she was a junior staff member for Hugh O’Brian Youth Leadership this past summer.

Cady has big plans when she graduates from CCA this summer. She plans to attend Abraham Baldwin Agricultural College and obtain a bachelor’s degree in nursing. From there she will attend Georgia Southern University where she hopes to become a psychiatric mental health nurse practitioner. Already an advocate for and volunteer with people dealing with dementia because of a family member’s struggle with Alzheimer’s disease, she would like to care for patients similarly affected after college.

“Because CCA is about family, it was an honor to close out my family’s chapter at the school as Homecoming queen 20 years later,” stated Cady.