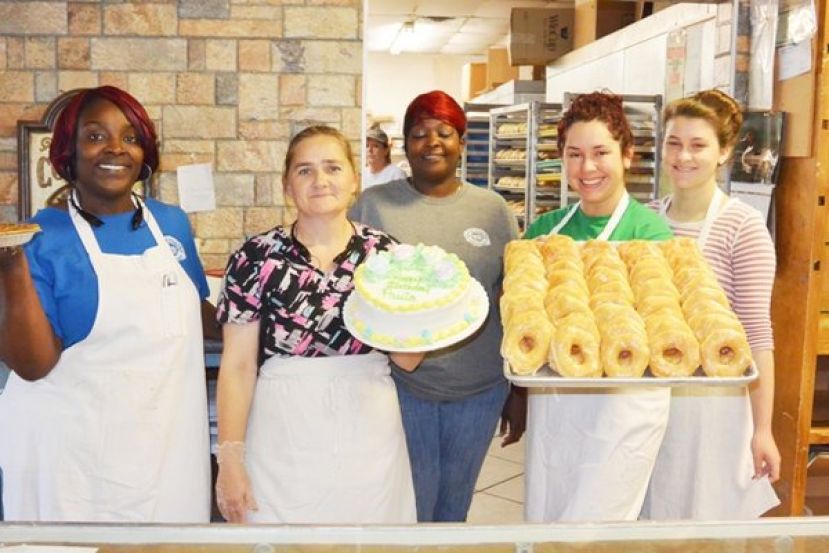 “Congratulations to Holt’s Bakery for this selection,” says Mayor Tony Paulk. “A hot, melt in your mouth donut, not to exclude all of Holt’s delicious food, is a definite favorite in Douglas. We are delighted to have another local restaurant featured throughout Georgia as a dish that locals love as well as visitors. Our hometown restaurants satisfy any craving!” Since the mid 60’s, Holt’s Bakery and Restaurant has been a hometown tradition when Mr. Cecil Holt opened his store front on S. Peterson Avenue.

Holt’s is a thriving business in the Douglas community and a distinctive local favorite spot. Mr. Howard Holt is the owner and operator of the Douglas Holt’s Bakery and Restaurant and the business has another bakery and restaurant located in Fitzgerald. Holt’s Bakery glazed donuts were selected from nearly 750 nominations that were submitted on ExploreGeorgia.org and evaluated by a panel of judges, who selected the final list of '100 Plates Locals Love.'

The Georgia Department of Economic Development’s Tourism Division highlights the state’s culinary greatness in the official guide, Georgia Eats. Following the success of the culinary guide in 2015, the Tourism Division decided to recreate this informative and inspiring guide that entices visitors to sample the state’s world-class cuisine. As a part of the “100 Plates Locals Love” designation, each restaurant is featured in the Georgia Eats culinary guide, which is distributed via the 12 Visitor Information Centers statewide; on the state’s consumer tourism website ExploreGeorgia.org; and on Explore Georgia’s social media channels.