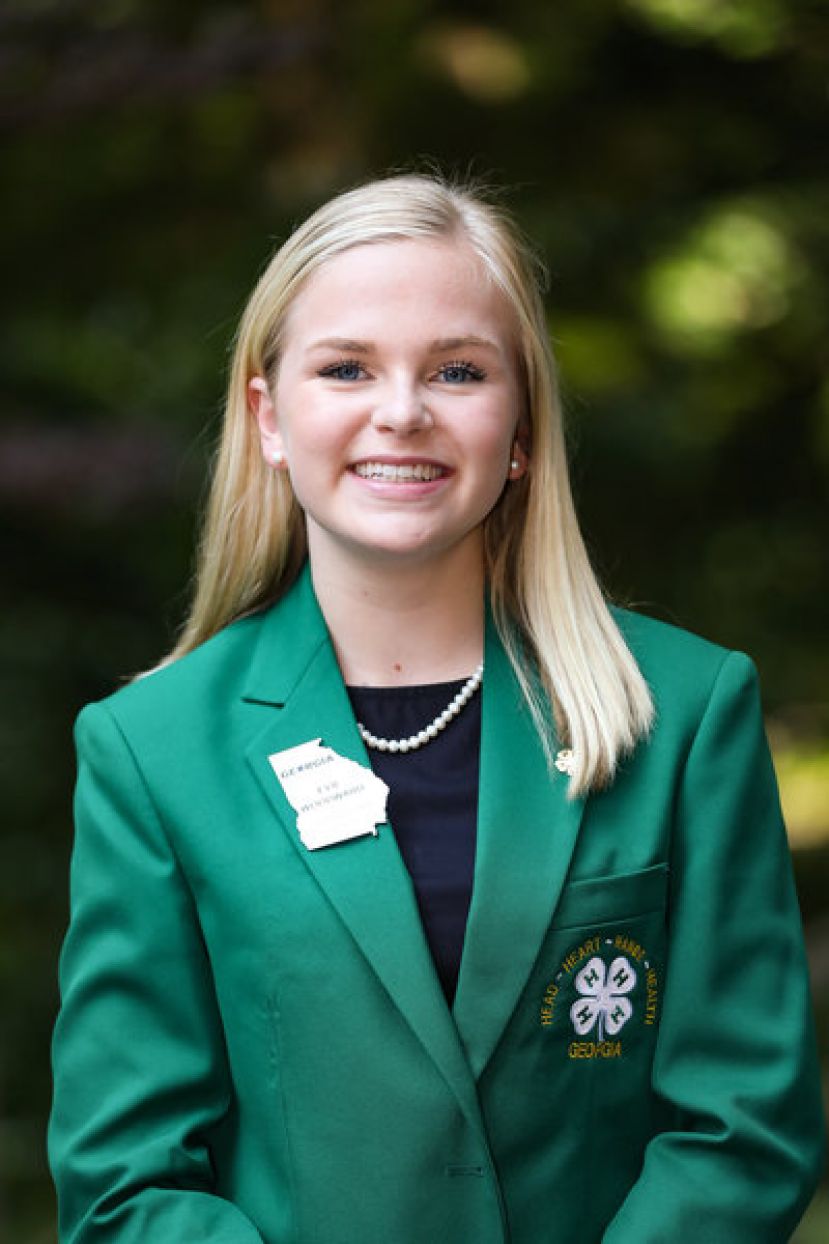 Submitted photo Evie Woodward was elected by her peers at State 4-H Council to represent Georgia 4-H on the State 4-H Board of Directors for the 2017-2018 4-H year. Congratulations Evie.

Evie Woodward has the distinct honor of being elected by her peers to the role of State Representative on the Georgia 4-H Board of Directors. Evie campaigned at the Georgia 4-H State Council meeting at Rock Eagle 4-H Center on June 23-25. Five candidates are elected, one as president, one as vice-president, and three as state representatives. At the time of announcement, they do not know which office they hold. That evening, each of the four 4-H districts will elect one representative. This makes a total of five state offices.

Evie attended the state officers training in Athens the week of July 16-19 where she learned more about Georgia 4-H and how the state officers will serve the organization. She was inducted into office at the Leadership Banquet of State 4-H Congress on Tuesday, July 25th, in Atlanta. Her term will end next July at the close of the Winner’s Banquet at State 4-H Congress.

Congratulations Evie and we wish you the best of luck during your term in office.

Each year, Georgia 4-H holds competitions called District Project Achievement (or DPA) for 4-H members. Senior 4-H members (9th-12th grades) who win first place or receive a sweepstake (second in a project with 8 or more participants) will earn a trip to State Congress in Atlanta in July. Coffee County had two young men to earn this trip this year, T.K. McIver in the photography project and Willie Spence in the Performing Arts-Vocal project. At State Congress (July 25-28), they each had to present their project before their peers and the judges as well as sit through an interview over their DPA portfolio. The demonstration was 50 percent of their score, the portfolio was 35 percent , and the interview was 15 percent. These 4-H members were competing against the winners from the other three 4-H districts. Most projects will only have four to six participants, but some may have 10 to 12 competing depending on the number of sweepstakes winners there are.

Upon arriving at State Congress, Evie Woodward had an interview with the committee judging the district winners in the Leadership in Action project. Evie’s project was called “Bagging Hunger” and she organized this project to help provide food and beverage items to elementary school children when the school was letting out for a long weekend or week long break. She saw a need to help provide some nourishment to children who depend on school breakfast and lunches and may not get much during school breaks.

On Thursday evening, all of the state 4-H project and contest winners were invited to be recognized at the Annual Winners Banquet at State Congress. Coffee County’s Brooke Gilliard and her coach (and mom) Melissa Gilliard came up to Atlanta for this banquet. She was recognized as the State Winner (and Master 4-H’er) in the Sporter Air Rifle as the high individual scorer. Her sister, Tori, also accompanied them to the banquet.

All of our kids did a great job and we are proud of their efforts. We are looking forward to what they will accomplish in 2018. 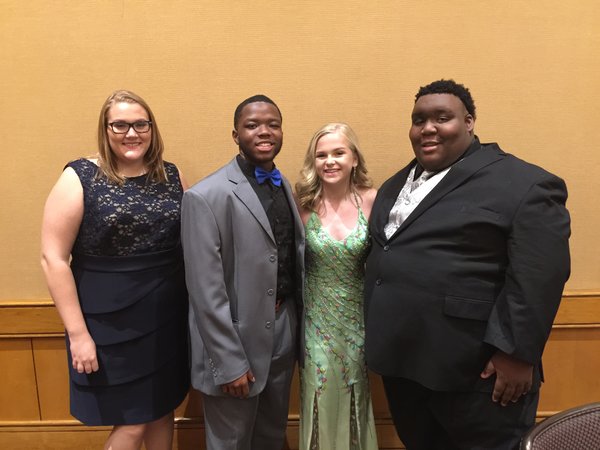 (Left to right) Brooke Gilliard, T.K. McIver, Evie Woodward, and Willie Spence at the State 4-H Congress Winner’s Banquet. Brooke Gilliard was recognized as being the state winner in the Sporter Air Rifle competition as the high scoring individual this year.