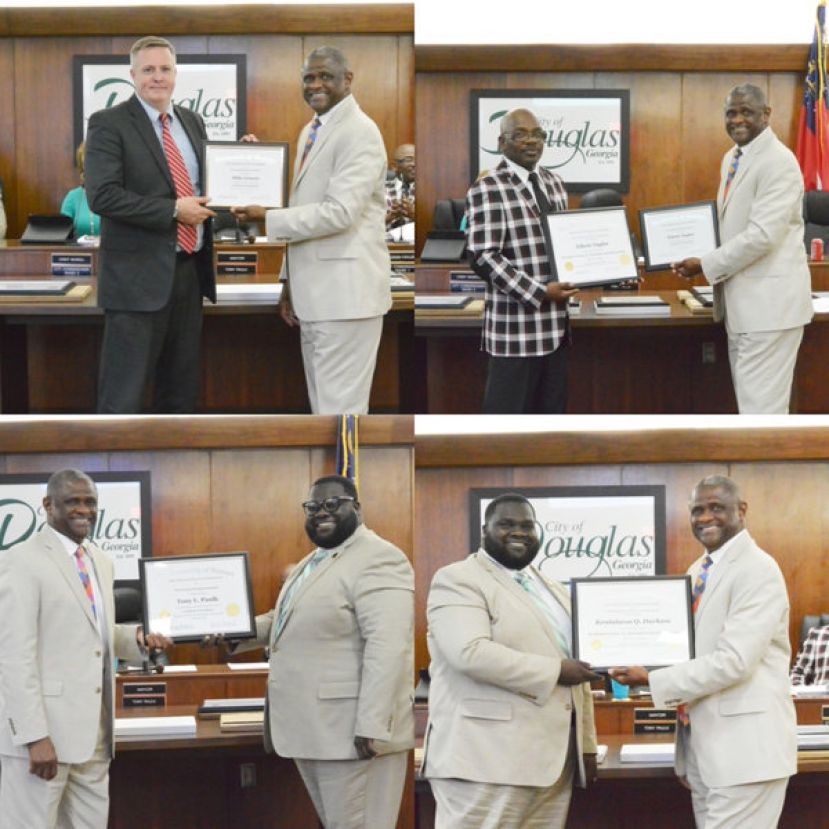 Elected officials from Douglas were among hundreds of city officials to attend the Georgia Municipal Association’s Annual Conference in Savannah June 24-June 26, 2018. The annual conference provides city officials with an opportunity to learn more about legislation under consideration, attend training sessions, and hear from state leaders.

“We commend Douglas officials for attending this program,” said GMA Executive Director Larry Hanson. “The Leadership Institute is an outstanding program and widely acknowledged as one of the best of its type in the country. We highly recommend it to any city official who wants to be a more effective community leader.”

In addition to completion of the Leadership Institute, Mayor Tony Paulk received the Certificate of Excellence from the Harold F. Holtz Municipal Training Institute. To receive a Certificate of Excellence, a city official must complete a minimum of 120 hours of training, including at least 54 hours from a list of required courses, the Newly Elected Officials Institute and the Robert E. Knox, Jr. Municipal Leadership Institute.

Commissioner Mike Gowen and Commissioner Edwin Taylor received the Certificate of Recognition from the Harold F. Holtz Municipal Training Institute. To receive a Certificate of Recognition, a city official must complete a minimum of 42 units of credit, including at least 18 hours from a list of required courses. The training program consists of a series of more than 50 courses.

Congratulations to all the attendees and city officials who were recognized at this year’s GMA Convention. For more information about GMA and their benefits offered to Georgia cities, please visit their website, http://gmanet.com. 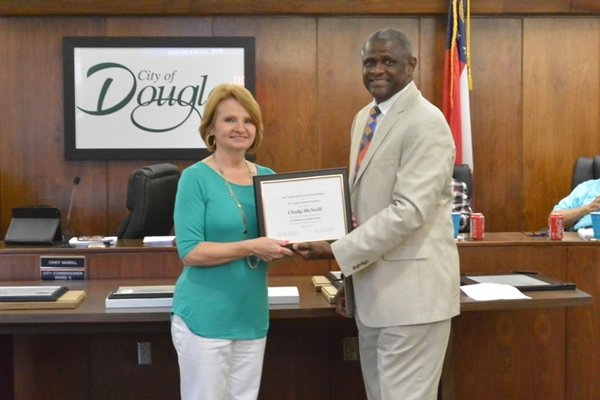