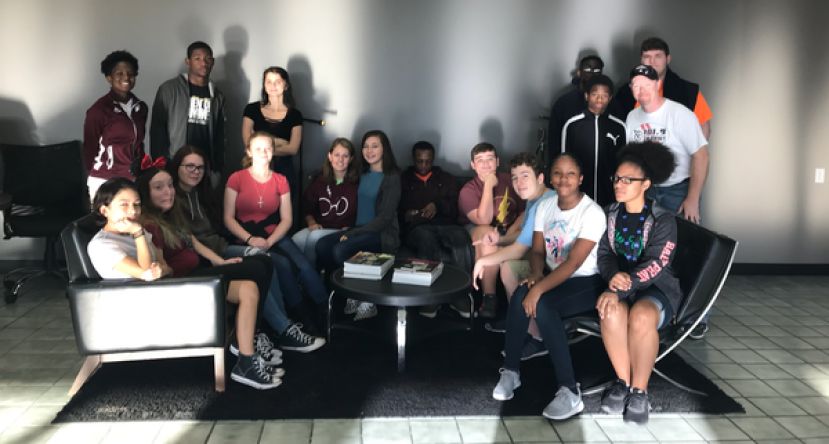 Also, while the students attended the field trip, they met and interacted with the people that worked behind the scenes that make the show or podcast they're listening to sound the way that it should sound when they're listening to it. While the students were there, they got to do many of the jobs and learn different skills that are done by the people that are working in the radio industry. There were many different and interesting techniques and skills that the GWCFC Journalism class learned while visiting Broadcast South.

On the day of the field trip, the students were taken to Broadcast South by bus and were told to wear warm weather clothing such as shorts or a short sleeve shirt for the walk back. As the students arrived, they were all greeted by Paul Sullivan, a popular DJ who works at Broadcast South and has a tremendous love of the radio industry. He then split the students into four groups for them to experience new and different jobs and skills in the radio industry.

More in this category: « Fresh veggies for everyone at the freshman campus Alma Black Light Extravaganza coming to FBC Douglas »
Login to post comments