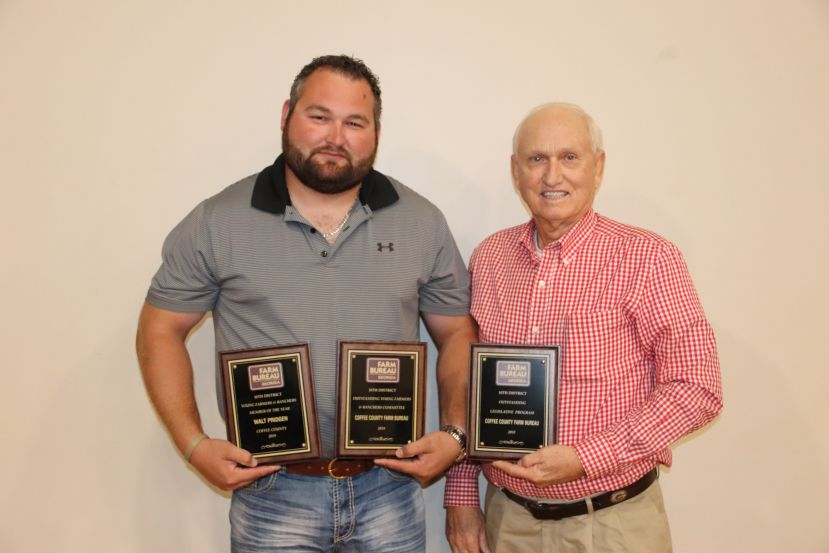 Among its activities over the past year, the committee celebrated Ag Awareness Week in March. The project resulted in six gardens planted at three elementary schools, reading ag-themed books and giving farm-related presentations to students. Overall, 10 CCFB volunteers, including the CCFB YF&R Junior Board and members of the women’s committee, visited 25 classrooms within seven elementary schools, sharing the story of agriculture with hundreds of students.

Walt Pridgen received the 10th District YF&R Member of the Year Award, which recognizes a member who encourages, educates and leads other young farmers and ranchers in his/her local area. Walt, who raises cattle, poultry broilers and hay with his father and uncle, also received the state award when it was announced in July.

Founded in 1937, Georgia Farm Bureau is the state’s largest general farm organization and has 158 county offices. Its volunteer members actively participate in local, state and national activities that promote agriculture awareness to their non-farming neighbors. GFB offers its members a wide variety of benefits, including insurance; enrollment in member benefits is optional and not a requirement for membership.

More in this category: « State goat show set for Oct. 3-5 Satilla Riverkeeper cleans up 11 sites over 200 miles of river  »
Login to post comments