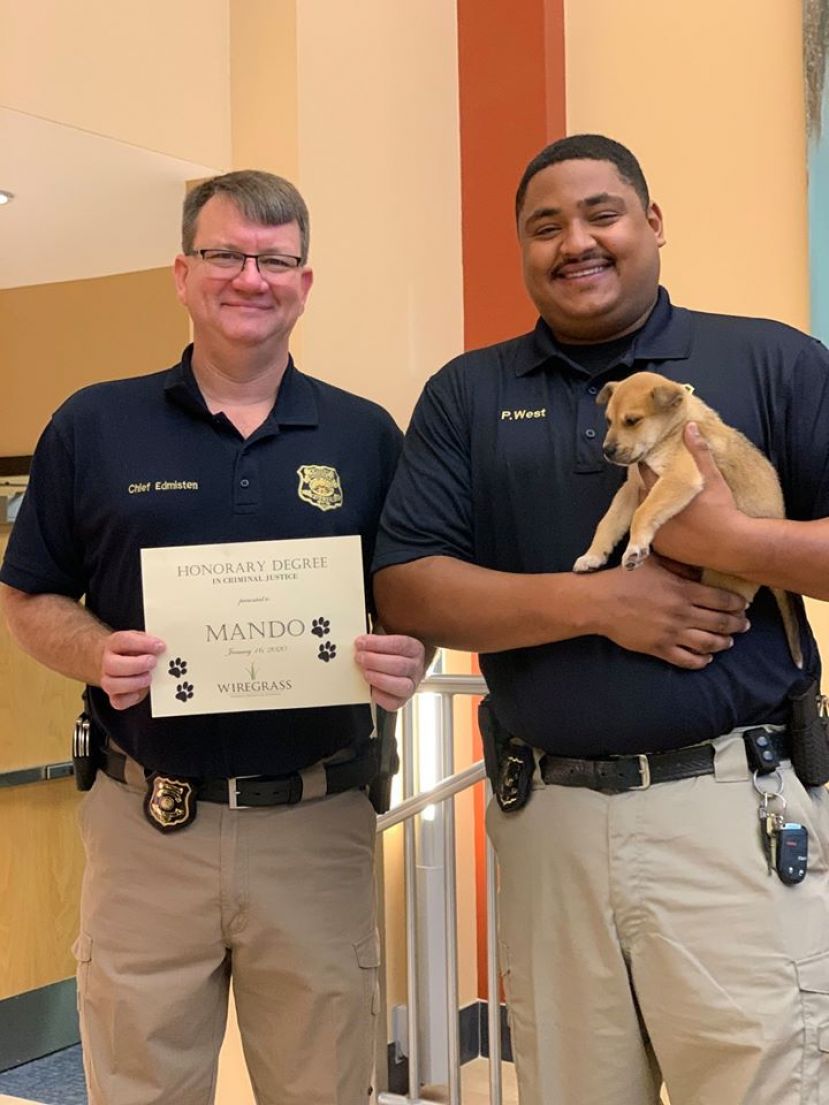 The Douglas Police Department has a new officer on patrol.

Earlier this week, the police department adopted Mando, an abandoned puppy, as the department’s mascot. On his first assignment, Mando helped recover about $2,500 in stolen money.

Thursday morning, Mando received his honorary criminal justice degree from Wiregrass Technical College. He’s still in the early phases of the field training program, a large portion of which is devoted to potty training right now. Chief Shane Edmisten promises that once that’s taken care of, Mando will move on to the next phase of training.