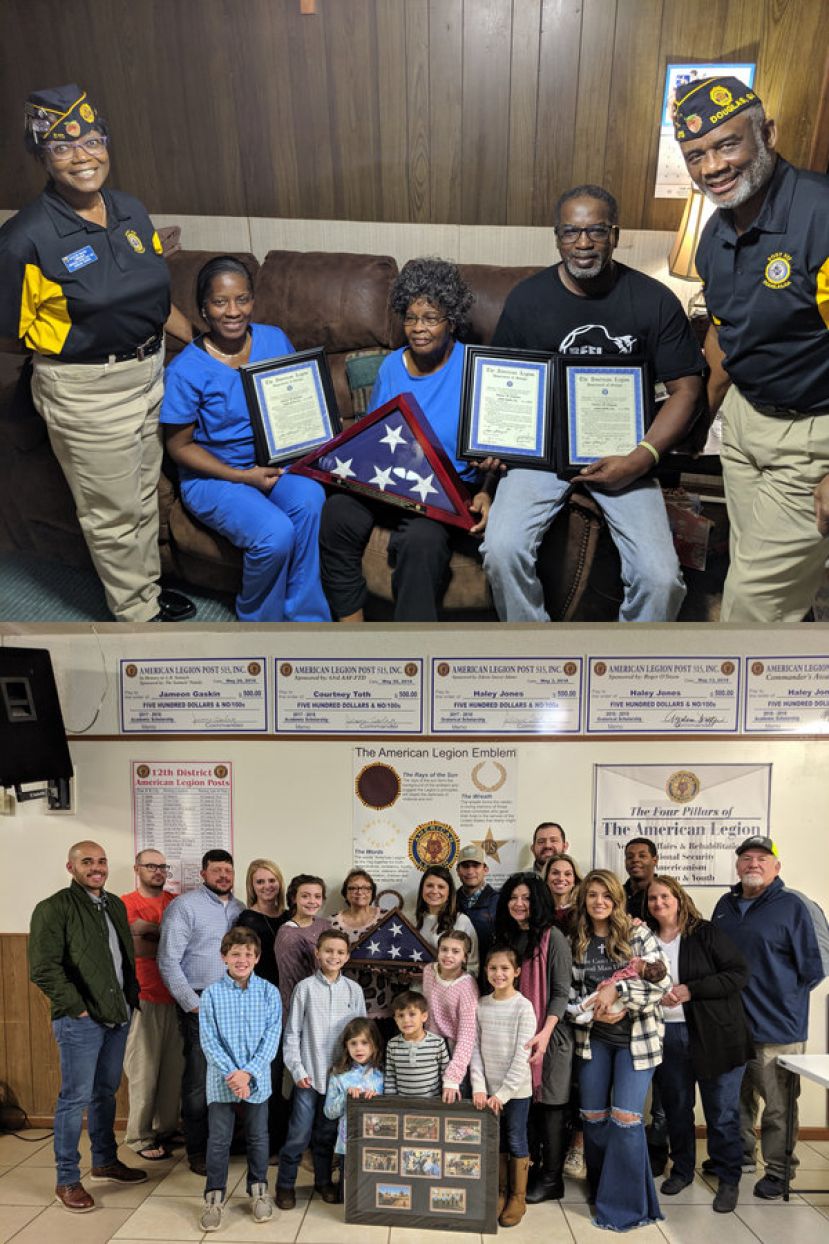 Thomas Edwards passed away in June 2019 but the Legion received notification of his death when the annual membership renewal notice was returned. Shortly after Mr. Edwards’s death, his spouse, Stella Edwards, had stroke that limited her ability to travel. Therefore, members of Post 515 visited the family Wednesday, February 5.  During the visit, Commander Walker, Service Officer Jerome Loving, and Executive Committee Member Larry McElhaney presented the family a flag case to display the American flag and American Legion resolutions.

On Saturday, February 8, members of Post 515 and friends gathered at Post 515 for a fish fry to honor the family of David Lindsey.  During the fish fry, Commander Walker presented Denise Lindsey a flag case to display the American flag.  Jerome and Vivian Loving presented Ms. Lindsey a collage of pictures framed with Auburn colors in memory of David. Friends of David shared memories of the time they spent with him. American Legion resolutions were presented to the family during David's funeral.

Commander Walker welcomed everyone, thanked them for coming out to honor the family and explained that this is what Post 515 does for members and their families if funds are available.  She also stated that Post 515 is available for the public and encouraged veterans to seek assistance and join the American Legion.