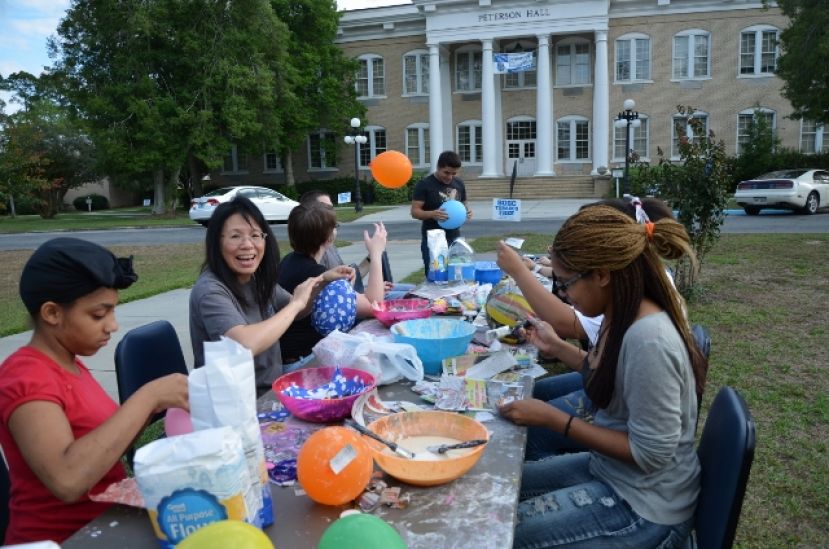 Submitted photo Students make their own pinata out of paper mache.

South Georgia State College's Cultural Exchange Club celebrated Hispanic Heritage Month through October by hosting a number of activities to celebrate the diversity of SGSC's students. Under the direction of Dr. Yuna Chen, Professor of Economics and club advisor, students were able to broaden their experiences and be introduced to a culture they may not befamiliar with in order to expand their knowledge of cultures from around the world. The purpose of the club is to seek to make SGSC a place where cultures from all over the world can come and exchange ideas, traditions, and experiences with others wishing to do the same.

As part of their month-long activities, the Cultural Exchange Club hosted a fiesta as well as arts and crafts activities where students got to make and decorate their own piñatas by covering balloons in paper-mache.

At the fiesta, students tried different kinds of Mexican candy, like the chili-coated suckers Vero Elotes, which was an unexpected combination of flavors for those trying the candy for the first time. Students were also treated to Venezuelan cookies called polvorosas, which are very similar to shortbread.

Students also tried their hands at Pin-The-Tail-On-The-Donkey and other games, but the highlight of the afternoon was a piñata filled with candy. Blindfolded students were handed a broomstick in order to beat the piñata that was constantly being pulled out of reach by another student. Students also participated in a pick-up fútbol game, a popular sport among Hispanic cultures.

When asked about the importance of sharing Hispanic culture, traditions, and food, Cultural Exchange Club president Abby Rodriguez said that fun and games bring people together, and playing games from different countries is a good way to make people aware of the differences and similarities of different cultures. In this case, the games brought together Hispanic and American cultures. Club vice president Jesus Barragan added that it's important to give people of different cultures and different ethnicities a chance to experience a taste of a culture they're not used to because it broadens their experiences. 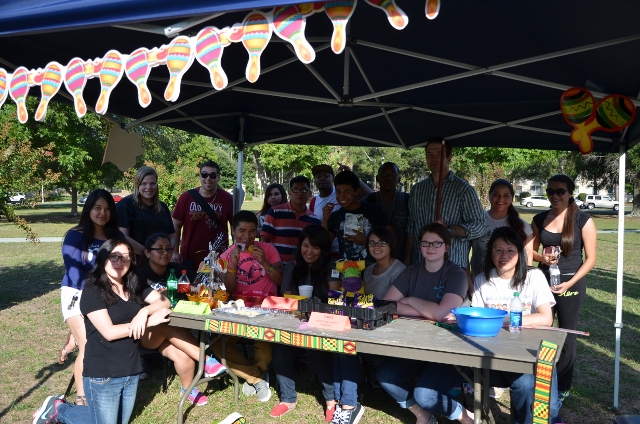