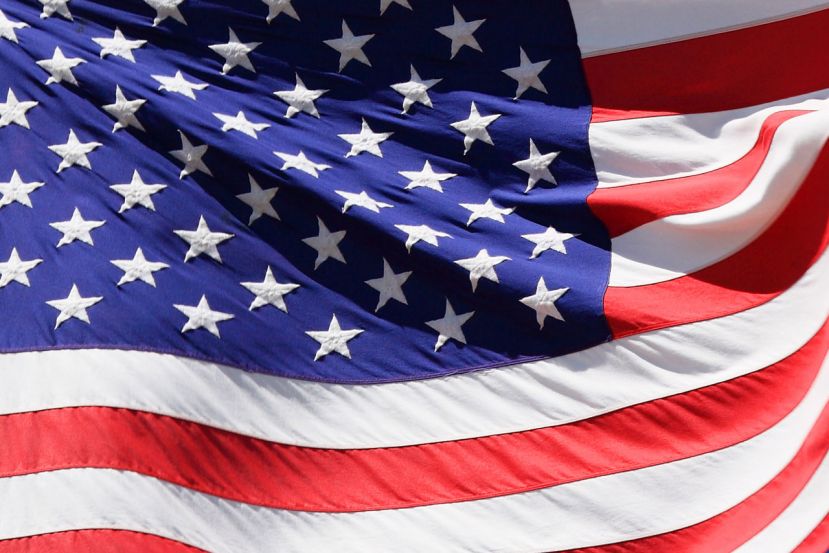 As we stand on the eve of our nation’s 244th birthday, I would like to take a moment and share a few remarks with you. We live in tumultuous times but we must not forget that despite America’s flaws, this is remains the greatest country history has ever seen.

It’s not perfect. It’s not going to be perfect. Not ever. But it’s still the best.

The Declaration of Independence and the United States Constitution, aside from God’s holy word, are the greatest documents ever written. They altered the course of history and without them, the world would be a vastly different place.

As I think about the founding of our nation, what immediately comes to mind is the incredible risk our founding fathers took. This was an all or nothing proposition. If the revolution failed, there would be no forgiveness, no restoration, no pardon. Each one, and likely their family, friends, and associates, would have been hanged immediately. The revolution only had two outcomes – a new nation or the execution of the revolutionaries.

These men believed in their cause to the point of death. There was no other option. Their vision, their bravery, their faith destroyed the world’s balance of power and ushered in not only a new nation but a new way of governing, one in which leaders served citizens instead of the other way around.

Today, we are told that our founding fathers and the documents they authored, the documents that laid the foundation for the greatest nation the world has ever seen, are oppressive, immoral, discriminatory, and biased.

I contend that is simply not true.

The authors of the Declaration of Independence wrote that “all men are created equal, that they are endowed by their Creator with certain unalienable rights, that among these are Life, Liberty, and the pursuit of Happiness.” Upon these words our nation was forged.

Unfortunately, for at least 103 years, a large segment of America’s population did not fully realize the promises of these words. The injustices and discriminatory policies that resulted from slavery and Jim Crow laws, which were law until 1965, robbed the United States’ African American population of the freedoms our founding fathers had in mind when they broke from England.

This were not mere injustices. They were atrocities – the kind from which America is still reeling. For the last 155 years, America and its citizens have been wrestling with the horrors of our past. Even today, there is no clear cut answer, no etched in stone blueprint for how to deal with the past.

The uncertainties of today’s political climate have mobilized individuals to denounce American institutions and society in general. America at its core, they say, is a discriminatory nation that longs for the days of segregation.

We do not have to look far to see people from all walks of life, from all socio-economic, from all cultural backgrounds, who have succeeded in every aspect of life, whether it be business, industry, sports, entertainment, government, or the like. No other nation on the globe offers the resources, the support, the network, the opportunity that America does. That, I firmly believe, is an indisputable reality.

Yes, there are disparities. No, people do not enjoy the same level of economic prosperity. Many of these issues are more related to personal accountability and responsibility than they are to systemic discrimination or inherently flawed institutions. All children are given the opportunity for an education. Not all are guaranteed to make straight A’s. High school students all have the opportunity for a college education. Not all make the sacrifices required to realize that education. All college freshmen are given the opportunity to earn a degree. Many drop out in spite of an intense institutional focus on retention.

Even within families, equality of outcome is not guaranteed. In my own family, there are three children – all raised by the same parents, all with the same expectations, all with the same opportunity for an education. Yet all three of us made different decisions, chose different paths, and today enjoy differing levels of success. And for the record, I consider myself the least successful of the lot.

Equality of outcome is an impossibility. Equality of opportunity is a hallmark of American society. Today, however, we are told that America is far from the greatest nation on earth. We are seeing a wedge being driven between us by those who have a vested interest in keeping Americans focused on differences instead of similarities, dogma instead of open-mindedness, problems instead of solutions. Yet the very protests gripping many areas of our nation reinforce the greatness of our country. For in no other country in the world would citizens be allowed to dissent in such a way – the Constitution that many oppose is the very document that guarantees them the right to voice their opinion, regardless of what others, including the most powerful of government officials, believe.

As we prepare to celebrate our nation’s birthday, I urge everyone to block out the noise, the distractions, the elements designed to divide. We have far more similarities than differences. Regardless of sex, race, or political affiliation, we all desire the same things – safety, freedom, happiness. The 1897 hymn written by Johnson Oatman Jr. instructs us to count our blessings, going so far as to name them one by one. If we would only do that, we would realize not only how truly blessed we are but how wonderful this nation is.

God bless each one of you. And God bless the United States of America. Happy 4th, everyone.