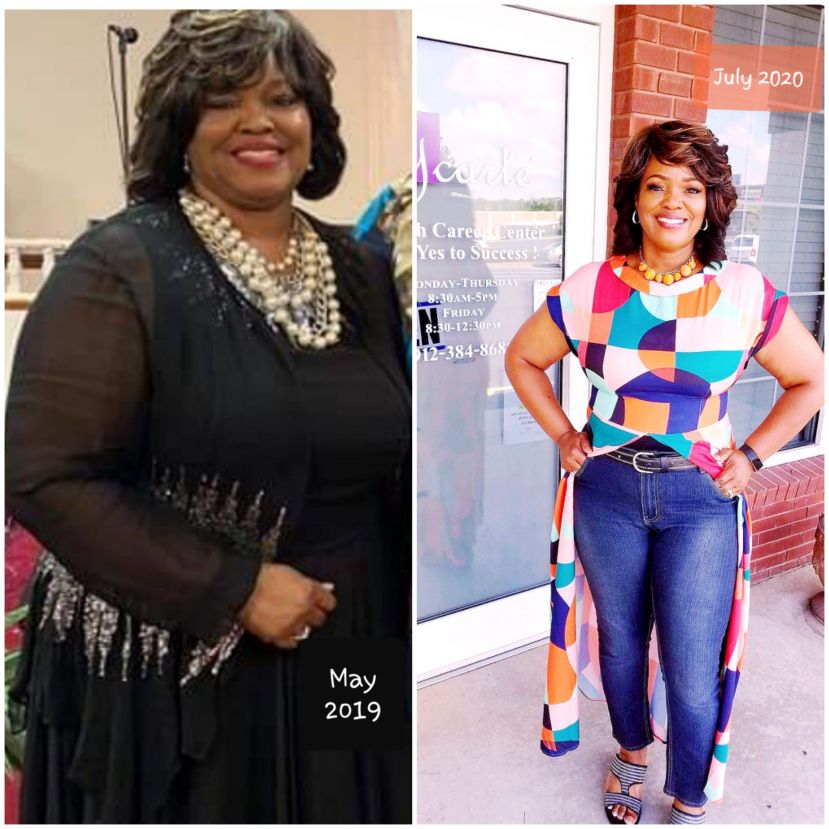 Dr. Tracy McClelland, founder and President of Ycarte' Health Career Center, is a prime example of how hard work, determination, and perseverance can accelerate a person from a life of poverty with little chance of success to a life of abundant achievements and accolades.

Dr. McClelland had a rough start in life being raised by a single mom with three children. She remembers the struggle of what it was like for her mom, always stressed about making ends meet and keeping food on the table for herself and her children. This was not the life that Tracy wanted for her own family in the future.

Nonetheless, Tracy found herself as a single mother in high school. Even though she was admitted to Coffee Regional Medical Center to deliver her infant as only a teenager herself, she remembers a special angelic nurse whose kind, servant heart would change Tracy’s life forever. This angel made Tracy feel special, safe, and at ease. She knew then that she wanted to become a nurse and care for others the way that this extraordinary woman had cared for her.

Tracy began to apply herself in school and improved her grades. With high hopes, she arrived at South Georgia State College to take the entrance exams. To her dismay, Tracy failed every single subject on the exams.

Undeterred, she pressed on and registered for remedial courses at the local community college. As a single mom, Tracy was working at Campbell’s Soup Company, attending college courses, and caring for her young daughter, Brianna. She was elated when she received an acceptance letter for the nursing program, only to be devastated a few days later when her acceptance was withdrawn due to a failing grade of 69.7 in her math course.

All of her efforts to persuade the math professor, and the Director of Nursing, to allow her into the nursing program were in vain. To further confound her efforts and douse her hopes of becoming a nurse, the Director of Nursing at the time urged Tracy to pursue another career path, stating that they “didn’t think she was right for the nursing field.” Feeling dejected and defeated, Tracy went home an emotional wreck.

Fast-forward a few years, and Tracy would graduate with her Associate of Science in Nursing as the only African-American in a class of eighty eight. But once again, fate would not be on her side when she also became the only member of her graduating nursing class to fail the NCLEX nursing board exam -- not only once, twice, but three times. She knew that she would have to take drastic measures in order to pass the exam and decided to take a different approach to studying. Tracy imagined that she was a teacher and practiced “teaching” the nursing material to another student.

She could not have imagined at the time, she was preparing herself for a lucrative career. Tracy passed the state nursing boards on the fourth attempt. Through sheer determination, she would go on to earn a Bachelor of Science in Nursing and a Master of Science in Nursing Education from Valdosta State University; and later on, a Doctorate of Business Administration in Healthcare Management and Leadership from the University of California.

Tracy became a successful nursing instructor before opening her own healthcare education training center. To date, Tracy estimates that the nursing education and training materials that she has created, used, and even marketed and sold to others, has prepared approximately 10,000 persons for careers and certifications in the healthcare field. In an odd twist of irony, after being rejected for admittance to its own nursing program years before, Dr. Tracy McClelland was extended an invitation to be the keynote speaker for the 2017 South Georgia State College commencement ceremony, which she gladly accepted. She currently serves as the President of the Board of Trustees for South Georgia State College; Executive Director of the Board of South Central Primary Care; Executive 1st Vice Chair of the Douglas-Coffee County Chamber of Commerce 2020; and elected official on the Downtown Development Authority.

At the pinnacle of her success, Tracy realized that she had neglected one thing in accomplishing her life’s goals, her own well-being. She looked in the mirror one day, and thought she looked a certain way, but when faced with pictures of herself, she saw something very different. She thought to herself, I’m great in my career, but I’m invisible physically. I’m successful in my business, but not as a person.

In an effort to regain control of her physical well-being, Tracy made a commitment to walk the City of Douglas Greenway Trail with her now adult daughter, Brianna, every day for 365 days. Tracy has not changed her diet at all, yet with her vow to make her health a priority, she has lost a total of 65 pounds. On the “magical trail”, as she and her daughter dubbed it, they found an exceptional renewed relationship with one another; peace with God; and physical rejuvenation.

After sharing her weight loss journey on social media, friends and family urged Tracy to share with others her secrets to success in a self-published book, which she cleverly entitled, “Trail Blaz-Her.” To read more of this remarkable journey, find more infectious inspiration, and get your own healthy dose of “magical” motivation, get your own copy of Dr. McClelland’s book by following one of the following links: