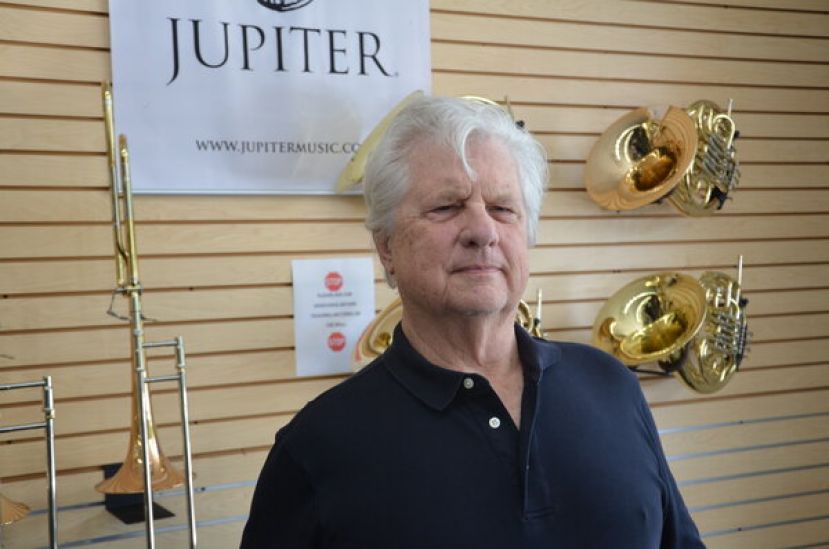 Popular businsessman Danny Maley has announced the relocation of O’Malley Musical Instruments to South Madison Ave. in Douglas next to Dairy Queen and Fire House Subs. O’Malley Instruments, which first opened in 2015, is South Georgia’s only dedicated band instrument dealer and serves band programs all over Georgia. The dealer specializes in Jupiter, Bach, and O’Malley instruments along with many other popular brands.

O’Malley also has a full line of accessories, guitars, keyboards and recording consoles. O’Malley offers a very successful instrument lease to schools as far north as Macon, and similarly to the South, East and West. Veteran musicians and music educators make up the sales team--- John Reed, Michael Dukes, Dillon Selph, and Brian Summerlin visit with school and band leaders at schools within a one hundred mile radius of Douglas.

Probably best known as the owner of Danny’s Pizza in Douglas, Danny Maley has an extensive background in music. He was a trombone player in the 3rd Infantry Band in Germany for two years. He organized Danny’s Band which participates in the Christmas parade each year in Douglas. Maley had moved to Douglas in 1964 when his father became band director of the local high school. Maley said, “Our instruments are being used all over the world by students and educators, as well as professional performers who depend on their instruments to make a living.”

More information about the O’Malley band rental and purchasing program is available on the website omalleymusicalinstruments.com The show room and offices of O’Malley Musical Instruments occupy the east side of the building recently purchased by Maley, but he announced that Thomas Flowers would remain on the Peterson Avenue corner of the building, and additional occupant plans for other retail space in the building would be announced later. The grand opening for O’Malley Musical Instruments will be held next month, and Danny’s Band hopefully will be marching in December.