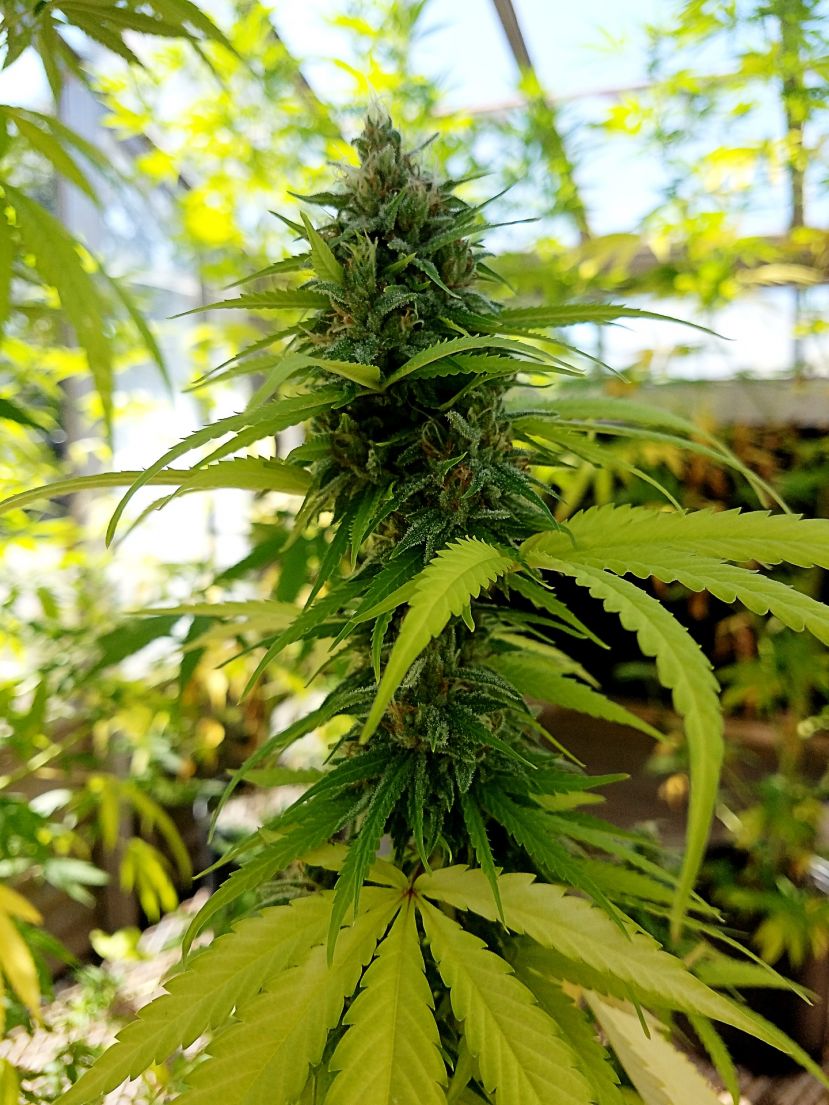 Photo courtesy of CAES News Hemp is the same species as marijuana (Cannabis sativa), and the difference is a legal one: Plants with less than 0.3% of the chemical that gives users a “high”— tetrahydrocannabinol, or THC — are hemp, and anything over 0.3% THC is marijuana.

When you buy something at the store, you have a pretty good idea of what you’re getting no matter where you buy it — a Coke is a Coke, Oreos are Oreos — and whether you buy them in Atlanta or Seattle doesn’t really change what you get. Farmers are in a similar position when they choose what to plant, but in the burgeoning field of industrial hemp, it turns out that things are much more complicated.

Hemp is the same species as marijuana (Cannabis sativa), and the difference is a legal one: Plants with less than 0.3% of the chemical that gives users a “high”— tetrahydrocannabinol, or THC — are hemp, and anything over 0.3% THC is marijuana. Hemp has been grown for thousands of years for its fiber and seeds. Now, the biggest money-makers are health food supplements and herbal remedies based on cannabidiol (CBD), a chemical that won’t get you high but that is just one chemical reaction away from THC. That means the relative amounts of these two chemicals is crucial for how profitable — and legal — a farmer’s crop is.

“We were looking at commercial hemp accessions to see how consistent they were,” said Johnson, lead author on the paper. This consistency is important in all crops, but it is crucial in industrial hemp because of the strict regulations around it.

“The main issue is that there's not much consistency among accessions,” said Wallace, faculty in the Institute of Plant Breeding, Genetics And Genomics (IPBGG) at the College of Agricultural and Environmental Sciences. This can spell trouble for industrial hemp producers because plants that have too little CBD are a bad investment, while plants with too much THC can get an entire field destroyed and the farmer potentially charged with criminal activity.

For this study, the research team purchased 22 commercially available hemp accessions and grew them in a controlled greenhouse. They looked at both the genetics of each plant — to see how closely all the plants were related to each other — and at how much THC and CBD each produced. “We found that some accessions showed similar genetics, but a lot of them were just spread everywhere. They came from the exact same pack of seeds, but the plants almost looked like they were not related at all,” Johnson said. “This is because breeding and growing hemp has been illegal for decades,” he continued. “All of this breeding has been done under the radar — sometimes literally in people's closets — so it just hasn't had the quality control that a normal seed industry would have.”

Hemp has been grown for thousands of years for its fiber and seeds. Now, the biggest money-makers are health food supplements and herbal remedies based on cannabidiol (CBD).

In addition, the plants often did not measure up to what companies said they should be.  “Many of the batches of seed came with a Certificate of Analysis from the company that says ‘This plant will produce this much CBD and this much THC,’” Johnson said. “We tested them and showed that the plants, fairly consistently, had much less CBD than the companies claimed they would, and [also] much more THC.”

Because they found a high level of inconsistency among accessions and plants, the researchers caution growers to carefully evaluate their crops. “There are plenty of fiber hemp plants that are very consistent,” Johnson said. “It more comes down to the supply chain of the seeds for the hemp industry. There’s so much money to be made that anybody who could make a seed was going out and selling them. It’s a matter of careful sourcing by producers to really get what they're paying for.”

Because growers take on so much risk when purchasing from a variety of suppliers, establishing industry-wide standards will go a long way toward ensuring that growers can purchase seed with confidence about what they are getting. “There needs to be a seed-certification process” Wallace recommends, “and though there are wheels moving to make that happen, nothing is really out there yet. Until that is actually in place, it's going to be a bit risky for producers.”

Johnson, who graduated with his doctoral degree in 2020, said the study was not meant to disparage the industry or discourage producers, but simply to provide fair warning.  “We're not trying to be doom and gloom, this is just growing pains for this industry,” he said. “We just don't want people to get burned by not realizing that the industry has some issues right now. They need to be aware of these and go in with their eyes wide open.”

Like most growing industries, improvements will come with time. In the meantime, it would benefit growers to take care with their crops. “If it sounds too good to be true, it probably is,” said Johnson. “Just be judicious about what you grow, and know that you may have to do some of your own testing.”

While the team doesn’t make recommendations on testing facilities, Johnson suggests growers test five to 10 plants per variety planted. The Georgia Department of Agriculture has published a set of guidelines for hemp testing on its hemp program website.

For more information on hemp research at CAES, visit extension.uga.edu.