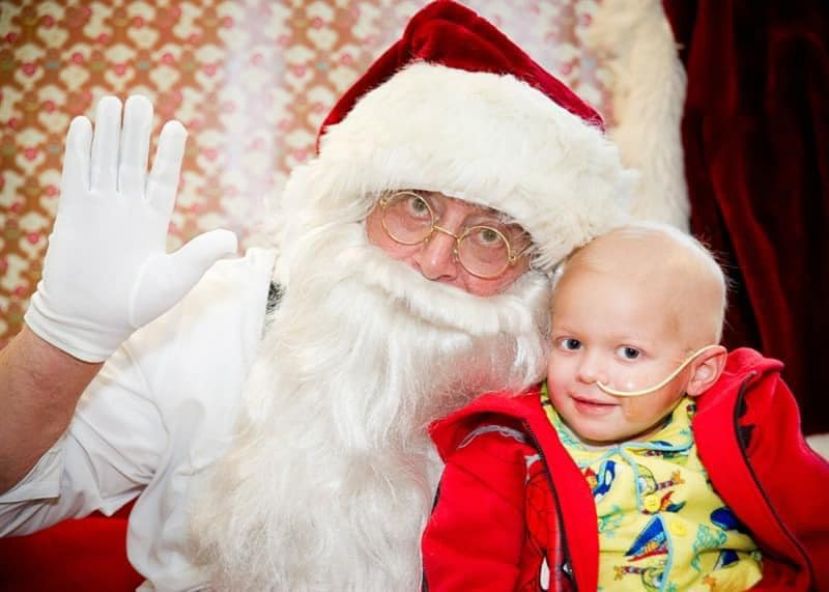 Joe Farris, Jr., formerly of Douglas but living in Stockbridge at the time of his death, passed away on Monday, November 29, 2021. He was 92.

Uncle Jr. has been the recipient of numerous awards, including the Liberty Bell Award in Douglas, GA and Pelham, GA, Teacher of the Year in Worth County in 1975-1976 school year, Georgia Military Citizen of the Year in 1979, Citizen of the Year in Pelham, GA in 1982, and the Service to Mankind Award in 1986. Uncle Jr. was most proud of his over 60 years of volunteer work with ALSAC to help the children of St. Jude. During this time, he received many recognitions for his volunteer work. The St. Jude Award was given to him for his years of ALSAC dedication. During his life, he made two trips a year, for a total of 105 trips to St. Jude, bringing joy to all as the “Real Santa Claus”. He received the Volunteer Service Award in 1977 and 1987 from the founder of St. Jude, Danny Thomas. He even has a toy room at St. Jude named in his honor. In 2021, he was named Volunteer of the Year for his continuous volunteer work for St. Jude.

Mr. Farris was born in Pelham, GA on April 2, 1929 to the late Joseph and Rosa Farris. In addition to his parents, he was preceded in death by his brothers, Richard, George and Jimmy Farris, and sisters Alice Lawson, Louise Nahra, Rosa Lee, and Victoria Farris.

Mr. Farris was a graduate of Pelham High School and South Georgia College. He received his master’s degree at Georgia Southwestern College. He was a retired teacher, but touched many lives during his classes of history, journalism, and the gifted programs. Also, he was the Entertainment Editor for the Douglas Enterprise and Pelham Journal for many years. He served 30 years in the U.S. Army, two years of active duty and 28 years in the reserves.

The family will receive friends from 6:00p.m.-7:30p.m. on Sunday, December 5, 2021 at Sims Funeral Home in Douglas, GA with a Rosary to immediately follow. A Mass is planned for Monday, December 6, 2021 at 11:00 a.m. at St. Paul’s Catholic Church in Douglas, GA with Father Paul presiding. The Committal will be at 3:00 p.m. at Floral Memorial Garden in Albany, GA with Father Ray. Sims Funeral Home will be directing.

Due to COVID-19 and its emerging variants, Sims Funeral Home Inc. will require all customers, guests, and attendees to wear medical grade masks at all times while in our facility, as well as social distancing. Masks will not be provided.