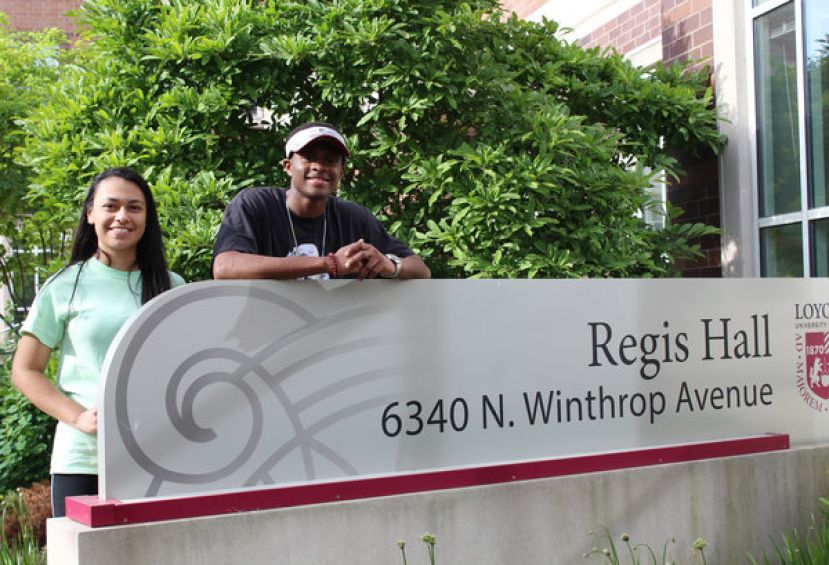 This year’s event began with a lecture by Dr. Domenico Ferri, Chicago historian, which set the stage for the conference. Domenico teaches the United States and world history, American Social Problems, and History of the Chicago Metropolitan Area at Harold Washington College and spoke on the Chicago metropolitan area in the context of a historical background. The PTK members in attendance were provided with opportunities to hear world-renowned speakers such as Anne Bancroft, leading polar explorer and educator; Maria Pinto, contemporary American designer and artist, who has created designs for former First Lady Michelle Obama and Oprah Winfrey; and Ethan Uslan, ragtime/jazz pianist, who was the accompanist to the 1927 silent film, Chicago. As the conclusion of the speaker series, the iO Improv’s Whirled News Tonight team provided a satirical turn on current events with their improvisational performance.

One day of the Institute, participants explored Chicago with their seminar groups to discover how the world works in specific, assigned areas of the city. At the next morning’s general session, each seminar group presented a brief summary of its findings from walking around, observing and talking to people who live and work in these neighborhoods. Exploring different areas of Chicago and hearing from each seminar group offered participants meaningful insights into one of the United States’ great cities.

“Honors Institute was an incredible experience where I was able to meet many new people, and I also learned more about being a leader for my community and college,” said Alexandra Cardiel. “My favorite part was the speech given by Ms. Ann Bancroft on No Horizon Too Far. It was about her polar explorations. Overall, the experience was very interesting and educational. I took many things from Honors Institute that I will be able to apply later on in my college career and life.”

Mark Freeman adds, “The City as Text presentation in advance of our tour of Chicago with our seminar groups was my favorite.  Before the presentation known as City as Text, I completely had no idea of what it was.  But through the presentation, I was able to learn that the meaning of the term was based on getting outside the classroom. In other words, through observation and analysis of the city of Chicago, we were able to synthesize the experience in our own personal way.”

Since 1968, the Phi Theta Kappa Honors Institute has engaged members in intensive investigation of the Society's Honors Study Topic, an academic theme selected for its timelessness, global significance and interdisciplinary applications. Created to celebrate Phi Theta Kappa's 50th anniversary, the Honors Institute format is based on a program used at Oxford University. Attendance is limited to approximately 500 to create an engaging scholarly community of faculty and students from across the nation and around the world.

Headquartered in Jackson, Miss., Phi Theta Kappa Honor Society is the largest honor society in higher education with 1,285 chapters on college campuses in each of the United States, Canada, Germany, the Republic of Palau, Peru, the Republic of the Marshall Islands, the Federated States of Micronesia, the British Virgin Islands, the United Arab Emirates and U.S. territorial possessions.  Nearly three million students have been inducted since PTK’s founding in 1918, with approximately 131,000 students inducted annually.

More in this category: « Coffee County schools open house dates for 2017-18 Jamie Grady has earned a golden start to her career »
Login to post comments