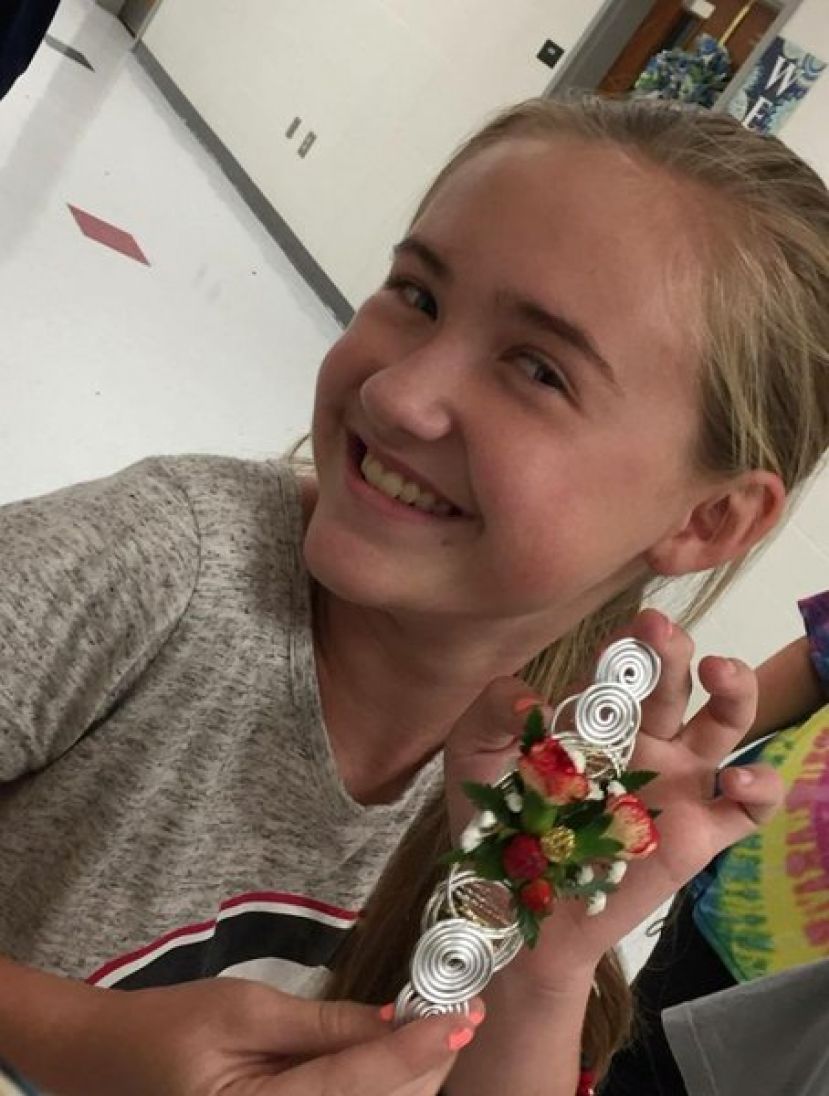 Recently members of the Future Farmer of America (FFA) organization came from all over South Georgia to compete at the Area Six competitions in Berrien County. They competed in several competitions, including Floral Design. Abbigail "Abbi" Vaughn competed in the Junior Area Floral Design competition, where she placed first against 30 other competitors.

Abbi Vaughn has competed in Junior Floral Design for three years. Each year, she has placed in the top three. However, this is her first year placing first. For this year's competition, she had to create a centerpiece and a boutonniere, and she won the competition with a ten point lead. Vaughn stated, "I'm very proud of the work I did at the competition this year. I feel like I represented the Freshman Campus well."

Placing in the top two means the competitor will advance to the state competition. Vaughn is very excited to compete, and believes she can win it all. The State competition will be held on December 2, 2017. Good luck to Vaughn, and everyone else participating in this fierce competition!