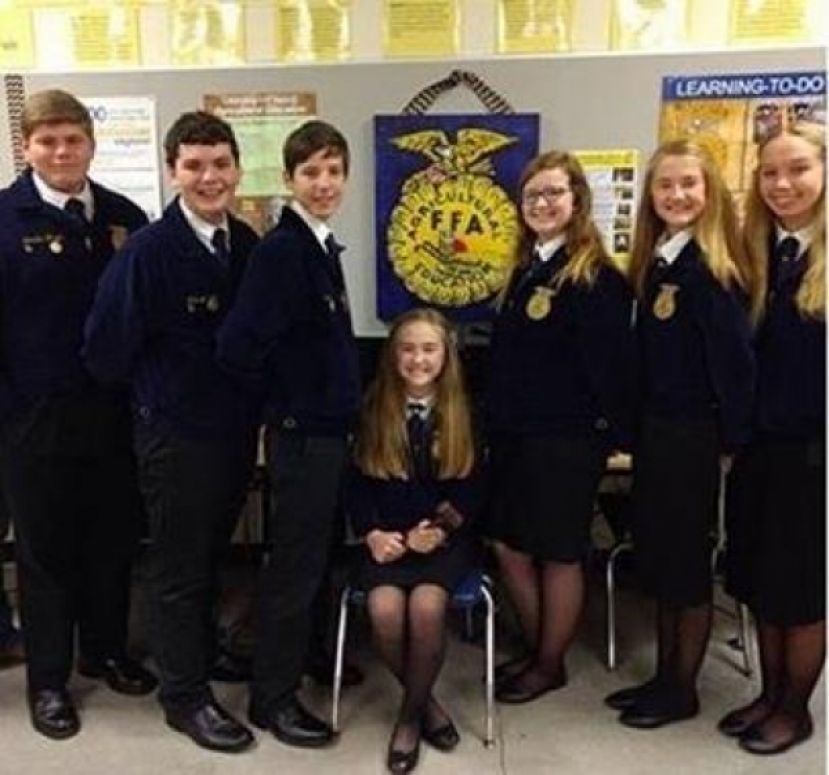 Recently, FFA members from all over the area traveled to Brantley County to compete in several competitions, including Conduct of Chapter Meetings. In this competition, students must correctly perform the opening and closing ceremonies of the Future Farmers of America (FFA) and demonstrate their knowledge of Parliamentary Procedure. The George Washington Carver Freshman Campus (GWCFC) was represented at this contest.

The team consisted of Abbi Vaughn acting as President, Jaksen Lott acting as Vice President, Garrett Mancil acting as Sentinel, Hannah Spivey acting as Reporter, Jordan Wright acting as Treasurer, Alex Vaughn acting as Secretary and Cydney Hood acting as Advisor. They competed against four other teams and placed second, which advances them to the state competition. The team is very proud of their accomplishment and ready to put in the work to try and advance to the national competition. One of the team members, Hood, stated, "We are very proud of our performance. We made mistakes but we are ready to correct those and work harder to make it in the state competition."