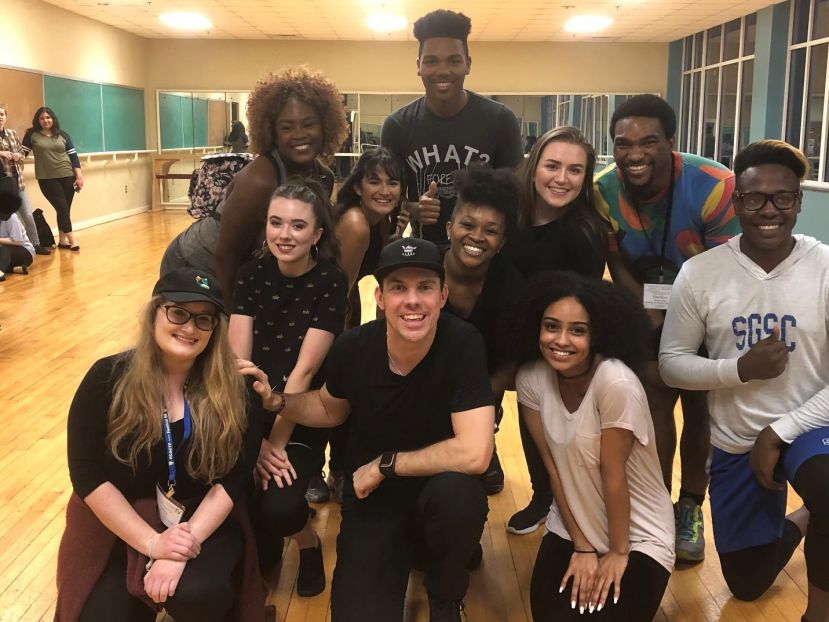 The students participated in professional development workshops, competed in the Irene Ryan Acting Competition, and attended several live theatre productions. In addition, more than a few of the students were cast in the very popular 10 Minute Play Festival.

This unique and special experience allowed the students to broaden their horizons by viewing the magical world of theatre through the eyes of industry professionals, theatre professors and student peers from across the country.

“This conference has been monumental in my life,” said SGSC student Victoria Highsmith. “Submerging ourselves in an atmosphere that was solely the world of theatre really made me realize all over again how much I crave to be a part of it and how much I am willing to work as hard as I can for it.”

Anthony Davis, a SGSC student majoring in communications with plans to pursue a career in the film industry says, “This trip was by far the best time I have ever had in my life. During the festival, I was able to learn so much about theatre, not just as a subject, but as a culture. I would do this trip over a million times more if I could.”

“The trip would not have been possible without the help we received from both the South Georgia State College and James M. Dye Foundations,” said Katherine LeRoy-Lawson, SGSC assistant professor of theatre. “We are very grateful for the continued support of Dr. Ingrid Thompson-Sellers, Dr. Greg Tanner, Walda Kight, Dr. Robert Page, Taylor Hereford, Sandra Adams, Dr. Jodi Fissel and Nancy Taft.”

Started in 1969 by founding chairman Roger L. Stevens, the Kennedy Center American College Theater (KCACTF) is a national theater program involving 18,000 students from colleges and universities nationwide which has served as a catalyst in improving the quality of college theater in the United States. The KCACTF has grown into a network of more than 600 academic institutions throughout the country as an avenue for theater departments and student artists to showcase their work and receive outside assessment by KCACTF respondents.

The goals of the Kennedy Center American College Theater Festival are to encourage, recognize, and celebrate the finest and most diverse work produced in university and college theater programs; to provide opportunities for participants to develop their theater skills and insight and achieve professionalism; and to improve the quality of college and university theater in America.