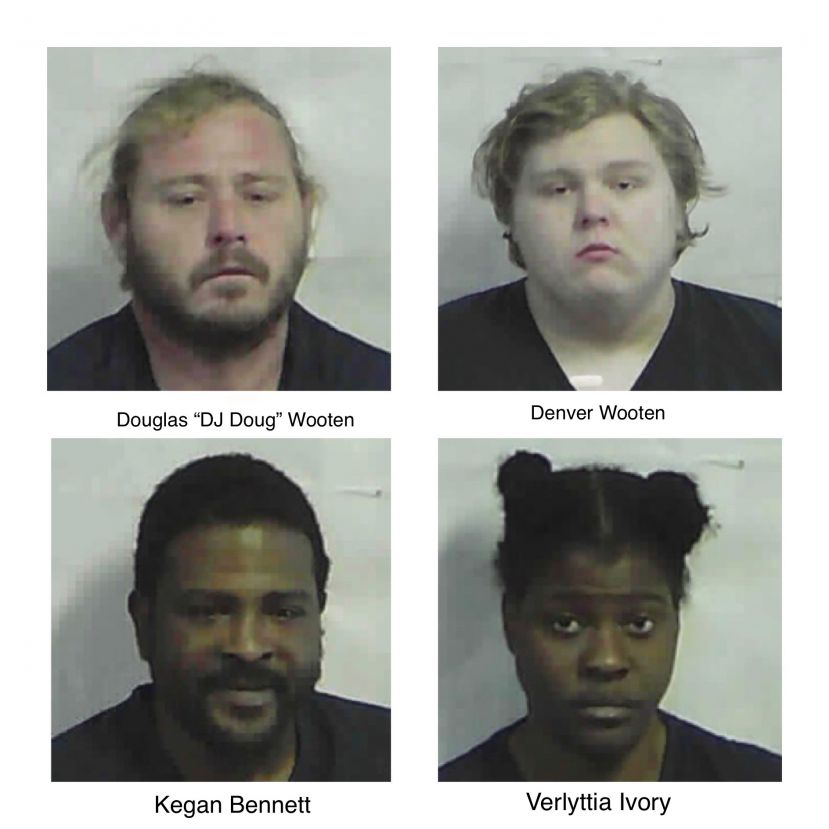 Douglas "D.J. Doug" Wooten, a 39-year-old Jeff Davis man who appeared in an episode of "90 Day Fiancé: Before the 90 Days," could now spend his life behind bars after pleading guilty to committing murder and armed robbery in January 2021. While the motive of the theft, according to officials, was to "score a large sum of money," Douglas and the three others involved fled the home with only $2 in cash.

According to Jeff Davis Sheriff's Office officials, on January 4, 2021, Wooten and his 18-year-old son Denver L. Wooten, 39-year-old Kegan B. Bennett, and 32-year-old Verlyttia  Ivory went to a residence on Mark Hall Drive shortly before 8:45 p.m. that night. Douglas, Denver, and Bennett were all armed while Ivory waited in the getaway car.

Douglas "rushed" into the residence, held 54-year-old Marcos at gunpoint, and demanded cash from the victim, while Bennett "stood guard" on the front porch near the door. Marcos attempted to retrieve the weapon from Douglas, which led to a struggle between the two. As the two were fighting, the gun went off  and shot Marcos in the leg. The victim's daughter, who was also inside the residence then, ran into the living room and witnessed the altercation.

Douglas then pointed the firearm at the victim's daughter and demanded cash. While she then began to "plead for her life," her father continued to retrieve the gun from Douglas. Standing at the front door, Bennett fired a .410 shotgun, which fatally struck Marcos in the chest. All the suspects fled from the scene after stealing $2 from the victim. In the process, Bennett dropped the shotgun and other evidence connecting them to the crime, including blood-stained cash. Georgia Bureau of Investigations detectives reported to the home soon after and discovered Marcos deceased from a gunshot wound.

A day later, Denver, Bennett, and Ivory were apprehended, with Douglas turning himself into the local authorities on January 7.

All the defendants have now accepted plea deals, with Douglas receiving his sentence last week. Douglas pleaded guilty to Felony Murder and was punished to life in prison with the possibility of parole after serving 30 years, with Bennett taking the same plea. Denver received life in prison with an additional 20 years, which will run concurrently, after pleading guilty to both Felony Murder and Aggravated Assault. Ivory pleaded guilty to one count of Armed Robbery and received 20 years for her participation in the crime.

While his reality television appearance was brief, Douglas made headlines when the episode aired as the "eccentric" wedding coordinator for cast member Angela Deem, who is also a native of Hazlehurst. While the network has deleted all scenes featuring Douglas since his arrest, fans saw him assisting Angela in planning her wedding while telling her she had a "malt liquor budget."

Douglas will be eligible for parole in 2051.