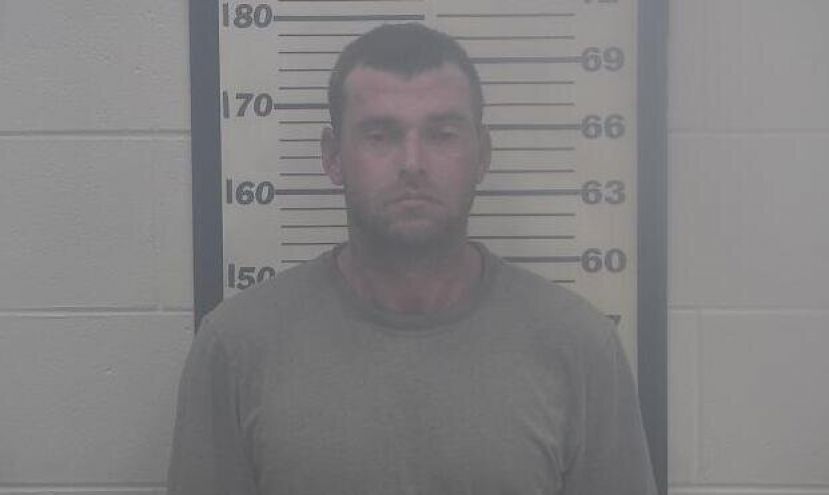 Last week, a Deep South Fuel employee was arrested and charged after he allegedly stole, shot, and burned a company truck and trailer in western Coffee County.

According to a report obtained from the Coffee County Sheriff’s Office, last Tuesday, a deputy responded to a report of a truck and trailer on fire in the middle of Jack Vickers Road. No one was around the burning truck. Though the truck was badly burned, Deep South Fuel could still be seen on the door. While officers and firefighters were on the scene, other deputies were at Deep South Farm Center. The report states that Deep South representatives stated that an employee, Josh Railey, had not shown up for work that morning. The report further states that Railey “had been causing problems” and he often carried a 9mm handgun. Railey also lived near the area of the burning truck.

The truck, a single cab flatbed, had a trailer on which a large tank sat. The tank contained diesel exhaust fluid and had two holes in it, causing the DEF to leak. Firefighters found two 9mm shell casings and one 9mm bullet on the ground not far from the truck.

The truck was burned badly; the fire, however, did not do as much damage to the trailer and flames did not reach the DEF tank.

According to report obtained from the Douglas Police Department, officers from that agency determined the truck had been taken from Deep South Farm Center on 7th Street in Douglas. The truck had been inside a locked fence. Officers could see where the truck had been parked and they also found three pieces of fence in the road along with tire tracks leading away from the business and across McDonald Road and South Gaskin Avenue. The truck, trailer, tank, and DEF were valued at $78,800.