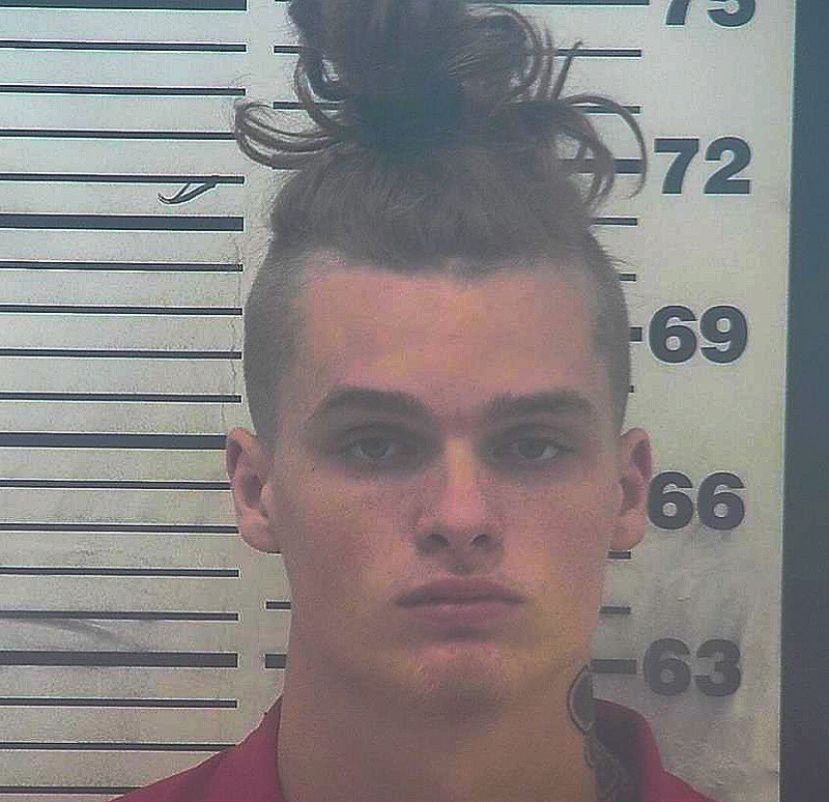 One of the suspects who allegedly committed numerous armed robberies in Atkinson County, 18-year-old Ashton Zane Hamilton, has now received additional charges in Douglas in connection to a similar local burglary that occurred this month. DouglasNow has also learned Hamilton has a history with local law enforcement, having been arrested numerous times over the last year and was on probation at the time of his arrest.

Hamilton and two other suspects were charged last week in connection to several armed robberies in Pearson and Willacoochee. He was charged with Armed Robbery at the time and is currently in the Coffee County Jail. GBI officials also charged 19-year-old Mica'enya Jordan of Douglas on one count of Criminal Attempt to Commit Armed Robbery, and 19-year-old Roderick Hillman is currently wanted on an Armed Robbery charge. As of Tuesday afternoon, Hillman had not been apprehended.

Since Hamilton was arrested by officers with the Douglas Police Department last week on the Atkinson County charges, local investigators have handed down three new counts connected to a robbery committed in Douglas on June 12. According to an incident report, on the night the crime took place, a DPD officer responded to a residence on June Avenue after learning about a possible burglary. When he arrived, he spoke with a man named Roselino Diaz, who reported that he thought his neighbor was knocking on his door, but when he opened it, two males "rushed" into the home. According to the report, one of the men had a gun in his hand as they entered the residence.

The deputy, who was speaking to the victim via Google Translate as he did not speak English, was told that the male with a gun pointed it at his wife's head and took her blue Samsung Galaxy phone. The victim said the suspect also hit his son with the gun and took his wallet and everything inside.

The report states the victim said he gave the men $600 in his pocket, and his son gave them a total of $60. After the two men had the money, they ran out of the house and headed south on North June Avenue. The officer stated he searched the area for the men but did not locate a suspect at the time.

After Hamilton was arrested, investigators received additional information on the case, leading to Hamilton being charged.

At the time of the robberies, Hamilton was out on bond after being charged in 2021 with one count of Burglary in the 2nd Degree in Coffee County. According to a copy of the warrant, Hamilton allegedly stole four Newport cigarette boxes from the Circle K convenience store on North Peterson Avenue on September 26, 2021. He received a property bond in the Magistrate Court two days later for $5,500.

Just 17 days, while out on bond, Hamilton was charged with Criminal Trespass by investigators with the Douglas Police Department. A copy of the citation accuses Hamilton of damaging a window in a woman's home by busting it with a BB gun. Hamilton pleaded guilty to the charge in state court and received 12 months probation, with a $512.50 fine.

If you have any information regarding either of the cases or know the location of Roderick Hillman, contact the Pearson Police Department at 912-422-7411, the Douglas Police Department at 912-384-2222, or the GBI Douglas Office at (912) 389-4103. The GBI also stated that anyone who would like to give an anonymous tip may do so by calling 1-800-597-TIPS, going online to https://gbi.georgia.gob/submit-tips-online, or by downloading the See Something, Send Something app.