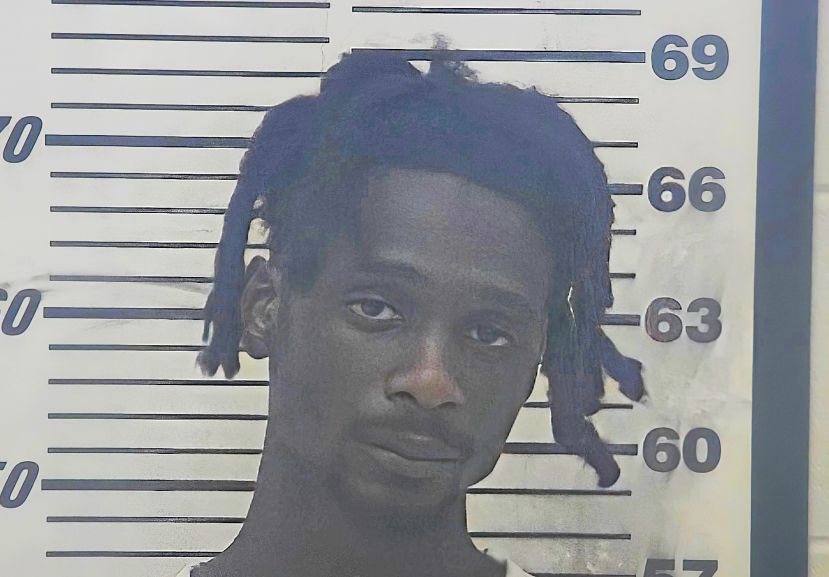 Denzel Pace, 28, of Douglas, was arrested on July 18 after allegedly assaulting his girlfriend with a hammer.

According to a Douglas Police Department incident report, around 7:44 a.m. on July 18, an officer was dispatched to the Quick Stop convenience store on Highway 221 North to meet the victim, the suspect's girlfriend.

The female, a 41-year-old resident of Douglas, told the officer that her boyfriend, Pace, had hit her in the shoulder with a hammer. She also requested EMS because she "felt like her shoulder was broken."

The reporting officer stated that a hammer and a screwdriver were located and placed into the evidence locker on the same day. According to the report, the screwdriver has not been proven to be connected to the case but "due to its placement in the dirt road, close to the hammer, it was also collected." He also reported that the victim may not have seen the screwdriver "since her back was turned toward Pace."

After further investigation, officers placed Pace under arrest on one count of aggravated assault and one count of battery.

Court documents show several criminal charges against Pace since 2018 and showed he was out on bond at the time of his recent arrest.

In 2017, Pace received charges of marijuana possession of less than an ounce, criminal trespass, and possession of a drug-related object. He pleaded guilty in October 2018 and received a probation sentence. However, in 2019, Pace was arrested on one count of possession of methamphetamine and one count of possession of a drug-related object. He was granted a $6,990 bond in March 2020 and pleaded not guilty on March 24, 2021. Pace's attorney with the local public defender's office filed a request for discovery shortly after his not guilty plea, and the case is still pending.

However, just a few months later, in June 2021, a formal accusation was brought against Pace in the Superior Court of Coffee County for a simple battery charge. The document accuses Pace of "making physical contact of insulting and provoking nature to a female by grabbing her throat." In March 2022, Pace pleaded guilty to the charge and received 12 months of probation. He was also ordered to have no contact with the victim.

As of Wednesday morning, Pace was still being held in the Coffee County Jail.

More in this category: « Drug unit arrests four on meth charges Registered sex offender back by behind bars »
Login to post comments