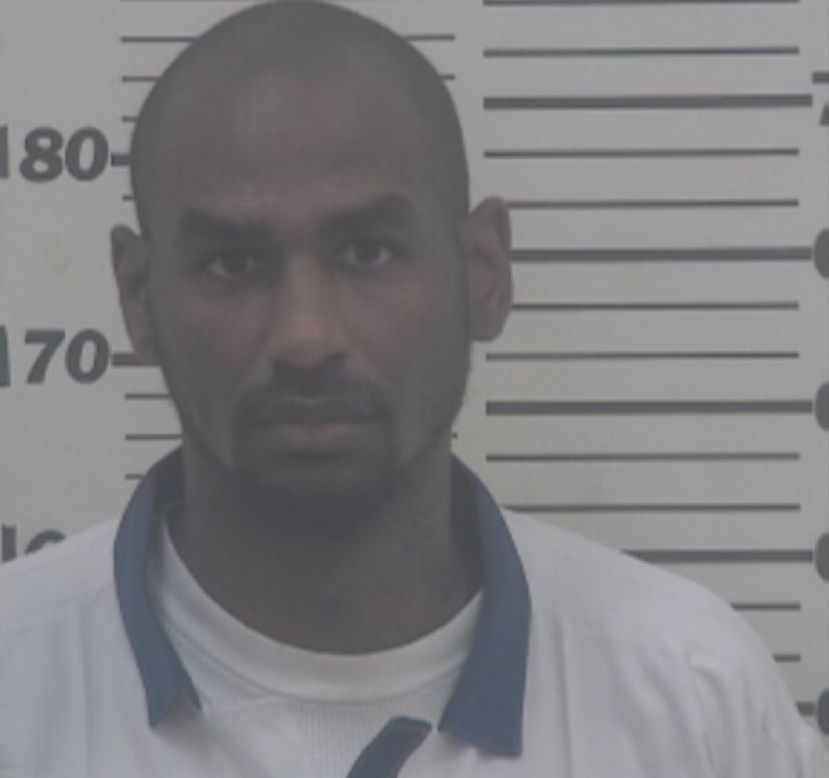 The imprisoned leader of a criminal conspiracy in which violent criminal street gang members distributed methamphetamine and other drugs throughout south Georgia has been sentenced to nearly 40 years in federal prison.

Jackie Kavaskia “Bijay” McMillan, 41, was sentenced to 444 months in federal prison, consecutive to the life sentence for murder he currently is serving at Dooly State Prison, after pleading guilty in January to Conspiracy to Possess with Intent to Distribute and to Distribute 5 Grams or More of Methamphetamine and a Quantity of Marijuana, said David H. Estes, U.S. Attorney for the Southern District of Georgia. In the event that the sentence of incarceration ends, McMillan also must serve four years of supervised release. There is no parole in the federal system.

“’Bijay’ McMillan led an extensive drug-trafficking operation while locked inside a Georgia prison, using contraband cellphones and a gang-related network inside and outside prison to distribute large amounts of methamphetamine and other drugs that fueled violent crime in Coffee County and beyond,” said U.S. Attorney Estes. “Ultimately, our network of law enforcement agencies overcame this criminal conspiracy, ensuring that its leader is unlikely to ever walk the streets again.”

McMillan was the lead defendant in U.S.A. v. McMillan et.al, the 57-count indictment resulting from Operation Sandy Bottom, an investigation centered in the Sand Ridge neighborhood on the east side of Douglas, Ga., in an area known as “the bottoms.” Of the 48 defendants originally named in the indictment, 36 are now sentenced after pleading guilty; nine defendants await court hearings related to guilty pleas; two await trial or other court proceedings; and one defendant is deceased.

The investigation began in 2018 when the Coffee County Drug Unit enlisted the assistance of the FBI and the Coastal Georgia Violent Gang Task Force to investigate rising violent crime and illegal drug activity in the Douglas area. The traffickers, coordinated by a subset of the Gangster Disciples criminal street gang, controlled multiple “trap houses” to store illegal drugs, primarily methamphetamine. Those drugs were then distributed throughout Coffee, Bacon, Emanuel, Jeff Davis, Pierce and Wheeler counties, along with other parts of Georgia.

As described in court documents and testimony, McMillan used contraband cell phones and compromised prison guards to coordinate the drug trafficking operation while incarcerated. McMillan’s primary contact outside prison was his girlfriend, Christina Veronda Alexander, 41, of Hazlehurst, Ga., who is serving a 286-month prison sentence for her role in the conspiracy that included obtaining methamphetamine from a supplier in Mexico for distribution to street-level dealers in south Georgia. Three state prison guards indicted as part of the conspiracy have all pled guilty to federal charges.

“As a result of this case, communities across Georgia are safer and drug traffickers across the region have been put on notice that we will not tolerate efforts to spread these dangerous drugs,” said Keri Farley, Special Agent in Charge of FBI Atlanta. “It is especially alarming that McMillan ran his operation from behind prison walls while already incarcerated for murder. Prisons should be a place of rehabilitation, not a place to continue committing crimes.”

The cases are being prosecuted for the United States by Assistant U.S. Attorney E. Greg Gilluly Jr.