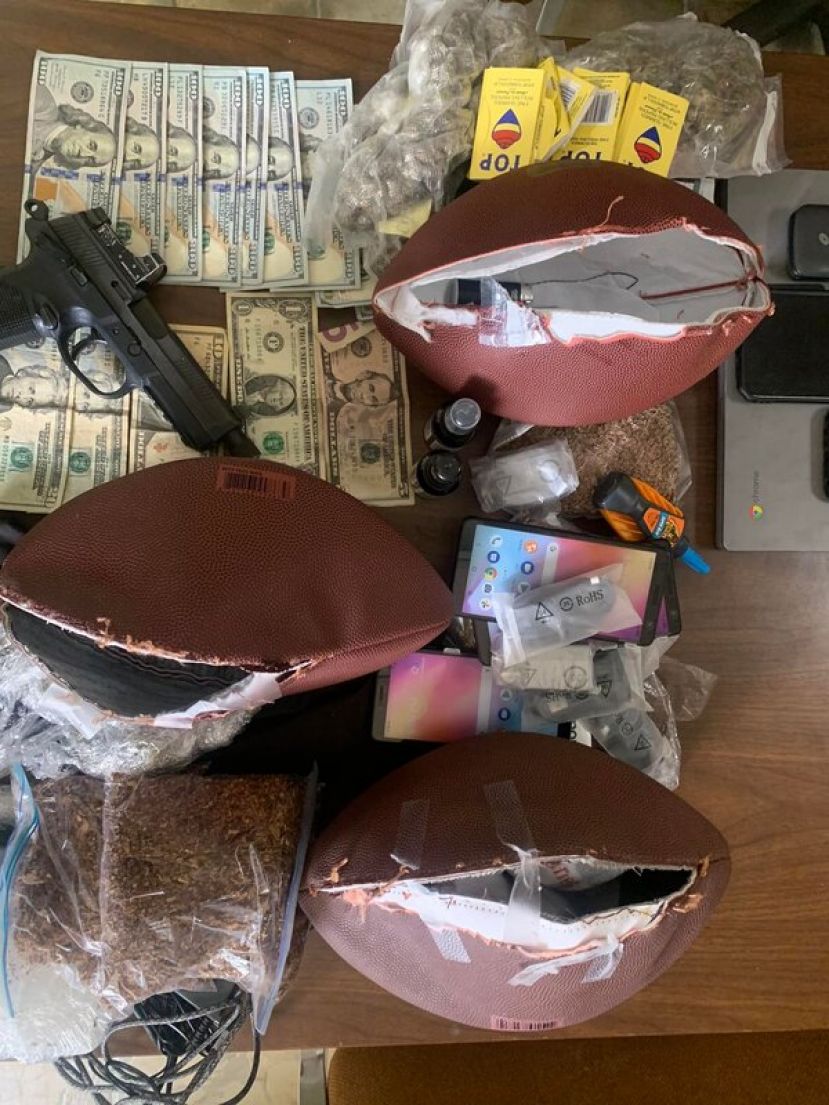 Two individuals, a man and a juvenile, have been charged after officials with the South Central Drug Task Force said they discovered contraband, including suspected marijuana, in a football thrown within the guard lines at the Irwin County Detention Center.

A release regarding the arrests states, "On August 5, 2022, two subjects were taken into custody after an investigation was initiated on a prior date where contraband including suspected marijuana, cellular devices, and drug-related objects were thrown within the guard lines at the Irwin County Detention Center. The initially listed items were within a football that had been stuffed and sewed back up with the contents within. A short time later, the same vehicle which was previously involved with disposing of the illegal items within the guard lines again approached the detention center and threw three footballs containing suspected marijuana, cell phones with chargers, WiFi devices, drug-related objects, suspected tobacco, and other items used to smoke the substances.

"Once the drop was made, Irwin County Sheriff’s Office deputies, Ocilla police officers, and the South Central Drug Task Force conducted an investigative stop on the vehicle. Two subjects were in the vehicle, and an amount of U.S. currency and a loaded firearm were recovered. Prison and jail drug drops are a common problem. Anyone with information about illegal substances being brought to the Irwin County Detention Center should contact the South Central Drug Task force tip line at 229-468-8449."