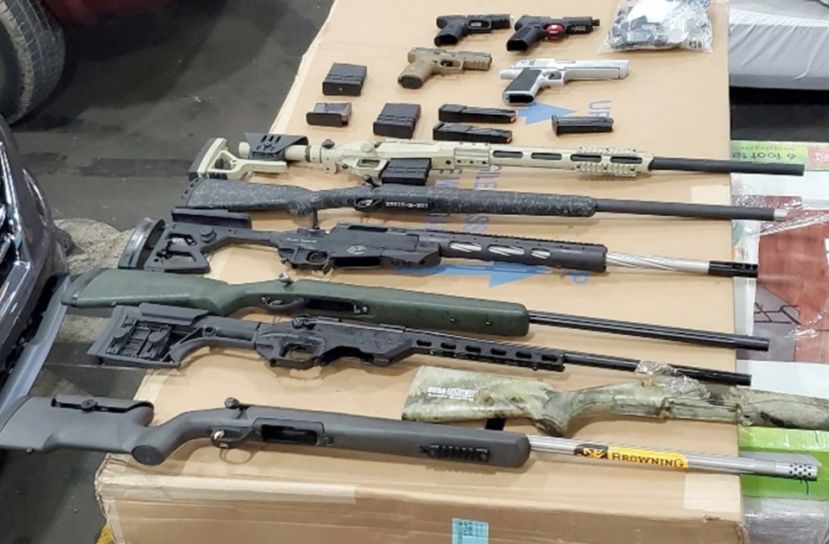 An Iraqi national has been sentenced to federal prison after being convicted of attempting to smuggle guns through the Port of Savannah.

Nihad Al Jaberi, 43, of Clarkston, Ga., was sentenced to 94 months in prison after a U.S. District Court jury in February convicted him on charges of Smuggling, Failure to Notify a Common Carrier, and Submitting False or Misleading Export Information, said David H. Estes, U.S. Attorney for the Southern District of Georgia. U.S. District Court Judge R. Stan Baker also ordered that Al Jaberi be referred to U.S. Immigration and Customs Enforcement for deportation after completion of his prison term, and if not deported, Al Jaberi must serve three years of supervised release.

As proven at trial, Al Jaberi is an Iraqi citizen and legal permanent resident of the United States who attempted in August 2020 to hide six .308-caliber long-range rifles and three handguns in a shipment labeled as “71 Pieces of Spare Auto Parts with No License Required.” Al Jaberi obtained the firearms through straw purchases at various Atlanta-area sporting goods stores before disassembling the guns and hiding them among used automotive parts in a container that authorities intercepted at the Port of Savannah.

“Illegally exporting firearms is a violation of our nation’s export control laws and often has serious consequences in the United States and abroad,” said Acting Special Agent in Charge Jonathan Carson, U.S. Department of Commerce, Office of Export Enforcement (OEE), Miami Field Office. “This outcome demonstrates the effectiveness of OEE, working with our law enforcement partners, to disrupt the illegal export of sensitive, controlled items.”

“ATF’s central objective is ensuring the safety of local residents,” said Beau Kolodka, Assistant Special Agent in Charge of the Atlanta Field Division of the Bureau of Alcohol, Tobacco, Firearms and Explosives. “In order to accomplish this mission, ATF will aggressively and acutely target individuals who seek to diminish the general welfare through illegal firearms trafficking.”

“HSI’s work to prevent the smuggling of illegal weapons protects communities around the globe,” said Special Agent in Charge Katrina W. Berger, who oversees Homeland Security Investigations (HSI) operations in Georgia and Alabama. “HSI and its law enforcement partners are committed to catching and prosecuting those involved in this illegal trade.”

“Customs and Border Protection officers at Savannah seaport work tirelessly alongside partnering agencies to stop illicit shipments into and out of the country,” said,  David Santos, Acting Area Port Director CBP Savannah. “We can only imagine where these guns could have ended up.”