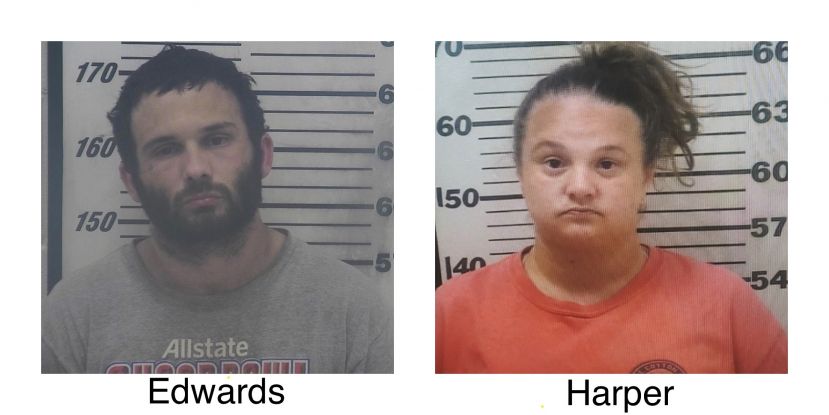 Devin Edwards and Candace Harper were recently indicted on two counts after they allegedly conducted a drug deal over a video call from the Coffee County Jail while Edwards was incarcerated in 2019.

According to a Coffee County Drug Unit preliminary report, on July 17, 2019, two detectives were listening to jail calls and overheard a remote video chat from Harper to Edwards, who was incarcerated at the time.

At one point during the conversation, Edwards is reportedly heard asking Harper if "she did that." The report states that Harper responded that "she had and it was in a Burger King cup." The conversation continued and detectives reported that it was eventually determined the Burger King cup mentioned by Edwards was located at the intersection of Holly Brook Road and Ernest Pridgen Road.

The report states that the detectives then went to the location of the cup and located a plastic sack of suspected methamphetamine inside. A field test was conducted and the drugs in question were later confirmed to be meth.

Last week, a Coffee County Grand Jury indicted both Edwards and Harper on furnishing prohibited items to inmates and possession of prohibited items by inmates. In Georgia, the court has 4 years to indict a felony charge.

Edwards and Harper were arrested on the charges in 2019, both receiving bonds shortly after. However, Edwards is back in the Coffee County Jail after being charged on August 11 with possession and trafficking methamphetamine and possession of a drug-related object.

More in this category: « Preston convicted on all counts, sentenced to life in prison Butler pleads guilty of armed robbery and home invasion, receives 40-year sentence »
Login to post comments