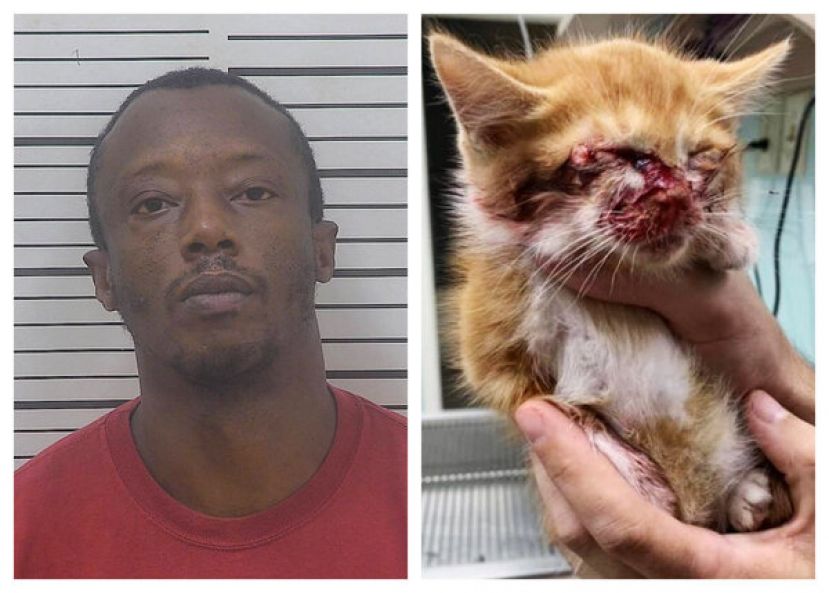 Norris Moffett, who was charged with aggravated animal cruelty after shooting a 5-week-old kitten in the face in 2019, recently pleaded guilty to the charge in the Superior Court of Coffee County.

Douglas Police Department officials reported that on August 17, 2019, an officer was flagged down while on patrol in reference to a kitten being shot in the face with a flare gun. The officer spoke to the owner of the kitten and was informed that their pet had suffered "significant trauma" to the right side of its face. According to the owner, an acquaintance shot the kitten, who was later named Simba, in the face with a flare gun. The owner said she was not able to afford treatment for the kitten at the time, and Simba was rescued by the Coffee Cause for Paws. Simba has since recovered and was taken in by a local family.

After further investigation by the DPD, Moffett was charged and booked into the Coffee County Jail. Although he was released on a property bond at the time, he returned to jail in August 2021 on a separate charge.

On Monday, Moffett pleaded guilty in three separate cases after all charges were granted by a Superior Court judge to be consolidated. The charges include aggravated cruelty, possession of methamphetamine (2019), and possession of a controlled substance: cocaine (2021.)

Moffett was sentenced to 8 years probation and was ordered to  complete RSAT, a nine-month program that "targets high risk, high needs offenders with a history of substance use as a crime-producing behavior leading to correctional supervision." He has also served a year in the Coffee County Jail since his last arrest.