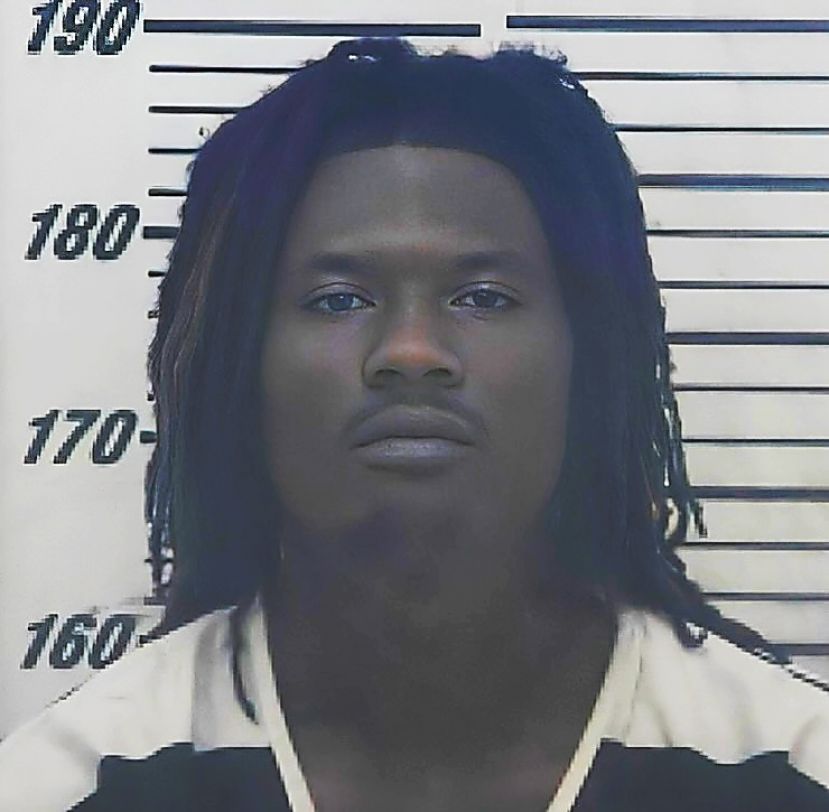 The Douglas Police Department arrested Antonio Reynolds II for allegedly shooting at a vehicle and residence on Lonnie Street and Roper Street on Halloween 2021.

According to a copy of a Douglas Police Department incident report, around 10:03 p.m. that night a corporal with the agency responded to Jet Foods 855 on Bowens Mill Road Southwest to meet with a 23-year-old man from Douglas regarding a shooting. The man told the officer that he was driving east down Roper Street to meet a friend and heard several gunshots. After realizing his vehicle had not been struck by a bullet, he continued driving and didn't think anyone was shooting at him.

The individual reported that he continued driving, ending up on Lonnie Street when he heard several more shots, but this time the bullets struck his vehicle. He told the officer he then turned north on South Gaskin Avenue.

After the officer spoke with the individual, he was informed that around 9:43 p.m. that night, another individual called 911 reporting shots being fired at a residence on Roper Street. When the reporting officer arrived, he was told that a blue 4x4 pickup truck drove by the home and "fired several shots" at the residence. According to witnesses, the truck then turned on Reed Avenue and went up Lonnie Street then several more shots were fired at the back of the residence. The truck then allegedly turned left on South Gaskin and went toward Bowens Mill Road Southeast.

None of the victims involved in either shooting were injured.

While investigators were checking for damage to the residence and vehicles, they reported having what appeared to be five 9mm shell casings in the front yard of the residence midway between the road and the house. There was no damage at the time to the residence or any of the vehicles in the driveway.

After further investigation, DPD officials recently charged 19-year-old Antonio Demetrius Reynolds II of Douglas in connection to the shootings. He was charged with one count of aggravated assault, one count of criminal damage to property in the 2nd degree, and one count of receipt, possession, or transfer of a firearm by a convicted felon or felony first offender.

Court documents online show that Reynolds pleaded guilty under the first offender act in October 2020 to theft by receiving a stolen firearm charge. He received a 5-year probation sentence for the offense.

Reynolds was denied bond and is currently being held in the Coffee County Jail.