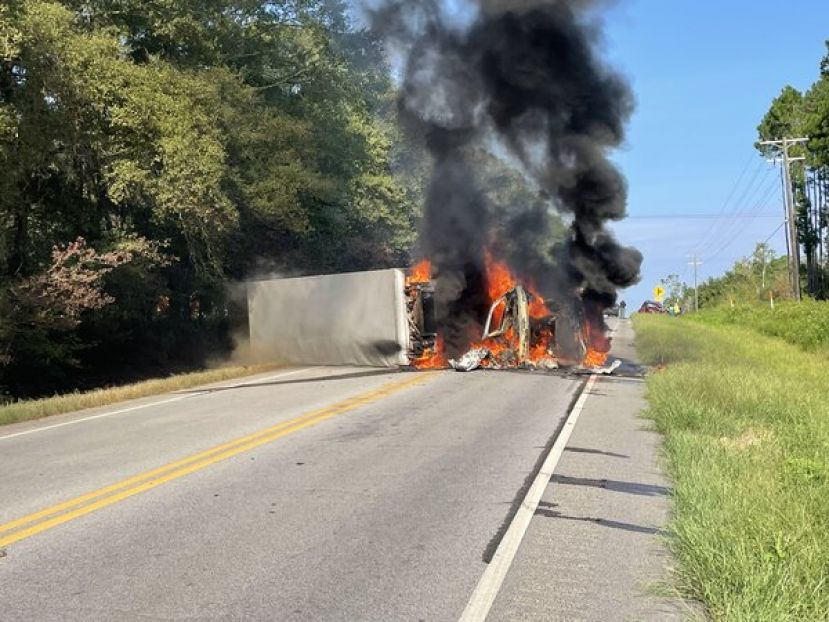 One person lost their life Tuesday morning following a wreck that occurred around 10:00 a.m. on GA Highway 32 West.

Sources told DouglasNow that a Mercury Mountaineer is said to have entered into the opposing lane in the path of a truck hauling ice. The Mountaineer then struck the truck, causing it to turn over. When the ice truck flipped it caught fire, with the driver knocking out a broken window and escaping just before the vehicle became engulfed with flames. He was transported to a nearby hospital to receive a medical check, but was "up and walking" before leaving the scene.

Tragically, the driver of the Mountaineer succumbed to their injuries at the scene, according to an official at the scene.

At this time, the victim's name has not been released.

The accident remains under investigation.