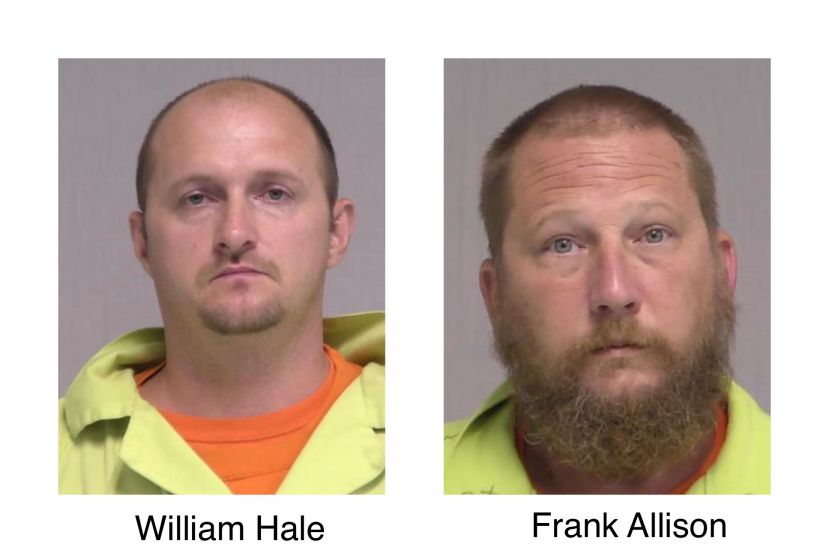 Nassau County Sheriff Bill Leeper held a press conference on Monday morning, reporting that on Saturday, around 6:00 p.m., they began receiving multiple 911 calls from individuals reporting people being shot on U.S. 1 near Callahan.

The sheriff stated that a witness informed them of an incident he described as a "cat and mouse game" between the driver of a Dodge Ram pickup truck, later identified as Hale, and a Nissan Murano. The complainant reported that the Dodge appeared to have 5 occupants inside, with there being 3 individuals inside the Nissan, with Allison identified as the driver.

The complainant stated that he contacted 911 due to both individuals "driving so erratically, he thought something bad was going to happen."

The sheriff stated, according to their investigation, the incident began when Hale and Allison, age 43, were traveling northbound on U.S. 1 coming from the Jacksonville area speeding, driving erratically, and brake-checking each other.

"At some point during the encounter, the driver of the Dodge Ram [Hale] got up beside the Nissan, rolled his passenger window at the Nissan, telling him to pull over. The right front passenger of the Nissan put their arm out the window and flicked the other individual off. Allison then shouted back at Hale, and a plastic bottle was thrown from the Dodge Ram into the Nissan. According to Alison, the water bottle did not hurt him or cause him to lose control of the vehicle," Sheriff Leeper stated.

Allison then allegedly grabbed a semi-automatic handgun and fired a single shot at the Dodge before speeding off. A few moments later, "everyone in the back seat [of the Dodge] began freaking out," and Hale realized the bullet had struck a five-year-old in the truck.

Hale, according to the sheriff, then caught up with the Nissan and fired multiple shots from his handgun at the vehicle, with one of the bullets hitting a 14-year-old in the backseat. The bullet resulted in the child suffering from a collapsed lung, according to the statement.

The sheriff also stated that Hale admitted to "shooting everything in the magazine, which was either 8 or 9 rounds.”

Both drivers continued driving north until they noticed a Nassau County Sheriff’s Office patrol car, and they both came to a stop. Leeper stated Hale and Allison exited their vehicles and began fighting, with the deputy having to break them up.

The children were then transported to a nearby hospital, where they were treated for their non-life threatening injuries.

The sheriff closed the conference by stating, "There could have been two dead children because of two stupid grown men." According to online documents in the Nassau County Clerk of Court's office, both Hale and Allison were taken into custody and booked into the Nassau County Jail on one count each of attempted murder in the second degree.

Sheriff Leeper stated Hale and Allison posted bail, and have been released from the Nassau County Jail.

According to documents filed in the Superior Court of Coffee County, Hale has no local prior felony charges or convictions but pleaded guilty to a disorderly conduct charge in 2016.